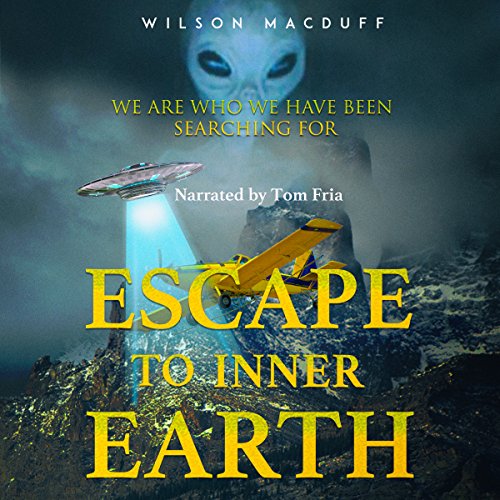 "Sparks fly when an alien girl teams up with a local farmer to defeat a malevolent Grey from infecting Earth with its deadly spores."

Deep within the fabric of space, an epic war between light and dark has raged for millennia. Now the battle has come to Earth.

For Nevaeh-Lux, a young girl with extraordinary abilities, it's an opportunity to shape human destiny. For Luke Hernandez, a poor Mexican corn farmer, it's the beginning of a remarkable journey to the center of the Earth.

Aided by a band of fierce and loyal Space Brothers, the two are thrown into a race against time to thwart a psychopathic breed of space predators hell-bent on enslaving humanity while confronting the shocking truth about their own origin....

Follow this thrilling, action-packed adventure, and find out what truly lies beneath your feet and in the space between the stars. Based on the 2008 International Family Film Festival Best Short Script Coming Home by Wilson Macduff

What listeners say about Escape to Inner Earth

Love the way spiritual truths backed by new science is entwined with out of this world encounters.

Really enjoyed this book! Something new and refreshing with great characters and a lot of action. A very engaging mix of real world and sci fi with a strong story and exciting conclusion. The book has strong characters that you build a relationship with and root for, refreshing moments of comedy, a menacing dark force and light to fight it. Extremely heartfelt with adventure, spaceships, elements of magic and very imaginative writing. Perfect length too. Lots of books I read just seem too long with a lot of unnecessary chapters etc. This hits the nail on the head, keeps up the pace and never drags. This book entertains with a great story which is why I enjoyed it so much. Trying not to give too much away, but an epic battle between dark and light at it's best; with the predators being truly scary and the central characters of Luke and Nevaeh leading the way to the center of the Earth to save it along with a whole lot of memorable alien characters. It proves to be a great journey and memorable read. Would definitely recommend.