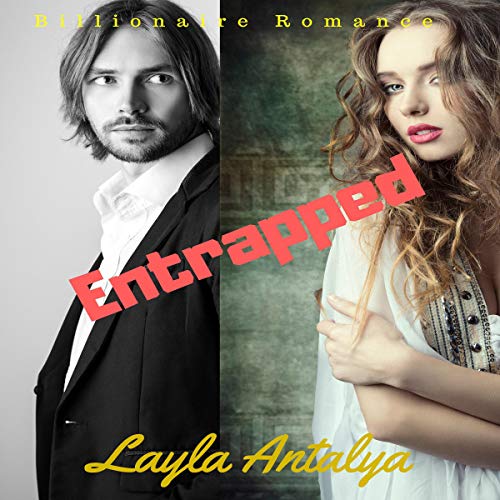 Entrapped - One simple agreement started everything.

Meagan O’Riley came to the United States for a job that no sane person would decline, but when she arrived, the job was anything but what she expected. She was not going to be an advertising agent for Lawrence Advertising Corporation, a billion-dollar empire, as she was promised. Instead, she was coerced into an entirely new position: being the wife of the billionaire Jack Lawrence for one year.

With this agreement, Meagan is swept into a world of new people and foreign concepts where money means nothing and appearances mean everything.

Enveloped in the whirlwind of a new life and more lies than she can count, Meagan finds herself taking comfort in the last person she would have expected - Jack Lawrence. But as their connection grows, so does the obstacles that doom their relationship to burn.

The same agreement that started their attraction could end everything if they’re not careful.

What listeners say about Entrapped: Billionaire Romance Trilogy, Part One

Kind of short, but a great story, sexy billionaire and strong female lead. It’s nice not having to intense damsel in distress type, but rather a girl who can hold her own with wit and will. She’s much more relatable and I applaud the author for giving her such a powerful voice. Can’t wait to read the next one after that ending.

The plot moved too fast and the circumstances were far-fetched, but it was well-written and the characters have their quarks. If it wasn’t for the off the wall circumstance of a fake marriage, it would be five stars. If you’re looking for a story that would definitely not happen in real life, this is for you.

A beautiful romance story and a clean one.

I enjoy reading and listening to romance stories but equally, I like it clean too without the sexual language personally because I feel it sometimes takes away the essence of the story. I was intrigued by the triangle tension between snobbish Jack, his dad, and the newcomer Meagan and what a trap she was walking into. I am not sure why Layla Antalya would not have her other books available yet as audiobooks which is kind of disappointing and I hope to see the other parts coming soon.

Overall, it was a fascinating read.

I enjoyed this book, but it was a bit too short. It hooks you from the beginning and the storyline captivates you. The hateful relationship between Meagan and Jack spice up the story and I can’t wait to see them go through more together. Meagan’s small acts of rebellion and Jack’s hard head are bound to make an interesting character development in later books.

This book captured my attention from the beginning

If you start this book, be sure to take a chunk out of your day because you won’t want to put it down. The cliffhanger was crazy, so if you don’t plan on buying the next book, don’t buy this one.

“Entrapped” was a book that had unusual but interesting circumstances from the beginning. I enjoyed the read, but I was expecting something longer. I will not purchase the rest of the series, but it had a good short story.

I liked how the story is realistic compared to our (without the billions of course) daily lives which keeps me engaged to listen to the whole audiobook but I don’t understand why Meagan would still have decided to stay with this cold-hearted piece of garbage billionaire after she realized it was a trap from the beginning. The narrator has an excellent voice which made the audio story even more interesting, I love her voice. I only wish the story was a bit longer since I am an addict of romance billionaire stories.

The Entrapped is engaging from the beginning!

I know I am a bit biased since I love billionaire romance stories but it is engaging form the beginning and how Meagan almost blundered her chance for having a good job. Her boss or prospect boss Jack is young, selfish, and have some ego problems but who blames him. I would be if I was in his place. But I would never be like him where he shows his deeper dark side in terms of what to do with Meagan.