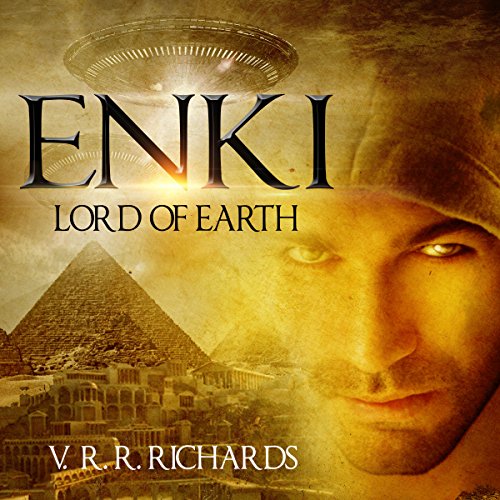 When disaster strikes his home world of Arra, Eä sets out into the void of space seeking gold - a vital ingredient - in a last-ditch plan to save his planet. Soon he discovers the precious metal on a small, water-rich world that is the third in a modestly-sized solar system.

Mining requires labor, so Eä looks to the planet's most advanced species, a bipedal ape. Through science, genetic manipulation, and breeding, he creates a race capable of retrieving the gold they so desperately need.

Standing against Eä is Morgoth, his half-brother. The cause of the disaster threatening Arra, Morgoth has his own plans for the gold-rich planet - and Eä's new race.

When his laborers begin to chafe under the yokes of slavery, Eä realizes he's created much more than a workforce: he's created a new species as worthy of rights and freedoms as any Arran. This stunning realization changes Eä forever and brings war to a planet that has only ever known peace.

To protect and defend the children he's created, Eä will risk everything. If he fails, two worlds may die. But if he succeeds, he will truly become Enki: Lord of Earth.

What listeners say about Enki

Sumerian legends are brought to life in the form of a fictional story. Is it fiction, or an account of history? Well done!

One of my favorites. From what what I can tell this is a pretty accurate representation of the story to the beginning of the events to our story. A wonderful presentation and story!

A fascinating telling of the Sumerian creation.

A great read for anyone interested in creation myths and hidden knowledge. At times funny.

excuse to fine time for listening

All around great story, wish it could have been a bit more detailed, but good reading from start to finish

Everything makes a lot more sense now!! Amazing. I loved it! Even more than I thought I would.

What would have made Enki better?

a reasonable plot......this is horrid

Has Enki turned you off from other books in this genre?

Who would you have cast as narrator instead of Tim Gerard Reynolds?