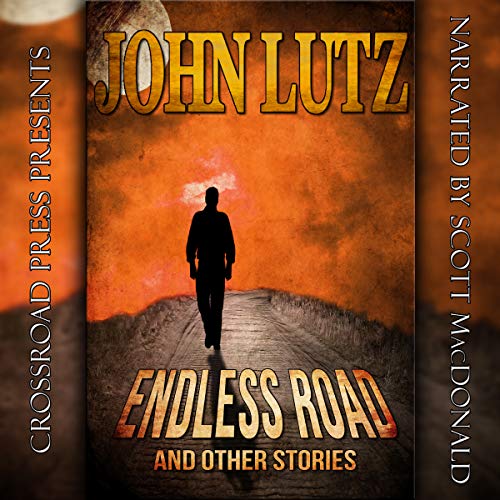 Endless Road and Other Stories

From master mystery author John Lutz comes this collection featuring a gripping man-on-the-run novel and four of his best pieces of short fiction.

In The Truth of the Matter, Lou Roebuck is a successful advertising man with all the trappings - prestige, position, a flashy car, money, and a beautiful woman on his arm. He's also a compulsive liar, and what begins as a fib on his expense account leads to trouble that compounds like loan shark interest. His past, and the people in it, has caught up with him, again. Which means the life he's been faking his way through, the good life, threatens to come unraveled.

Roebuck takes to the road, trying to put miles between himself and his trouble. But he picks up more trouble along the way, while staying in a cabin at peaceful Lake Chippewa in backwoods Missouri. He tries to extricate himself by doing what he thinks he does best - lie. In one scrape after another, it doesn't work. Not for long, anyway. And Roebuck is on the run again. The problem is that he finally doesn't know lies from truth, about what happened, about why he is running, about what's real, about himself. Distance hasn't helped, and love and loyalty haven't saved him. Maybe nothing will.

In "DNA," the new science is solving a lot of crimes long after the fact. And causing problems for perpetrator and victim.

In "Image," it's said that perception is reality. In politics, in crime, in life, and death.

"Endless Road" takes place in the early 1960s, when a military advisor reflects on his past to make a decision critical to his nation, based on a memory of long ago, and along the way discovers that maybe some highways continue forever. Maybe all of them do.

And in "S.O.S.," a cruise ship is an ideal place to relax. This one needs an overstressed call-in radio psychologist like the Titanic needed an iceberg.

What listeners say about Endless Road and Other Stories

4 stories of a man on the run, which are good. The narration added to the enjoyment.given audio for my voluntary review