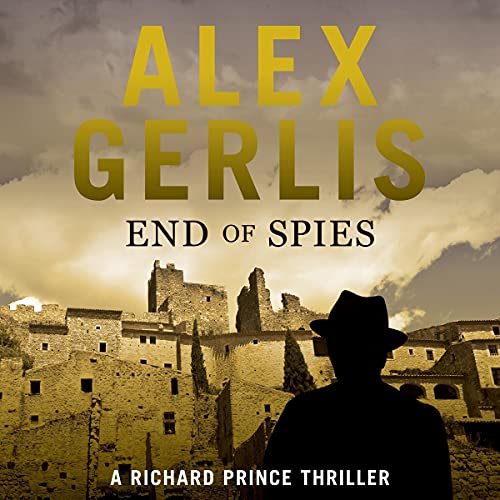 By: Alex Gerlis
Narrated by: Rupert Bush
Try for £0.00

An incredible spy thriller with a twist you won’t see coming, this is the brilliant conclusion to Alex Gerlis' masterful Richard Prince spy thrillers, perfect for fans of John le Carré and Alan Furst.

British agent Richard Prince and the Danish spy Hanne Jakobsen come together for a vital mission: to find a Nazi war criminal responsible for the murder of fellow British agents. The hunt takes them on a perilous journey through Europe, a continent living on its nerves in the immediate aftermath of the Second World War. They unearth a secret Nazi escape line funded by British traitors - and it’s one which could lead them to Hitler’s trusted deputy, Martin Bormann But when the Americans become involved, it is no longer certain who’s on which side. Help might come in unlikely places. Can justice be found against the odds...or are they too late?

What listeners say about End of Spies

The narrator needs lessons in reading .

Once again a good yarn spoilt by atrocious phrasing of the narrator. I have persevered through this series hoping for improvement through practice only to be disappointed.

That says a lot for the story and the telling of it. Brilliant writing and narration. Had some trouble with so many characters. I really hope this isn’t the end of this spy couple’s story.