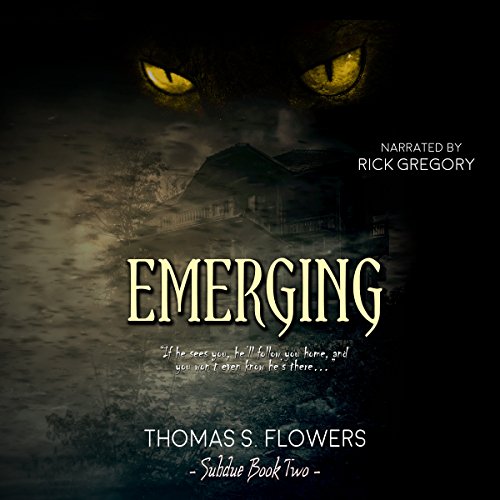 Traumatized by war, friends gather for a reluctant reunion.

A historic house in Jotham, Texas harbors a malevolent force, and as her fear grows, widow Maggie Smith pleads with three lifelong friends to gather in her home. But will their presence combat the darkness…or feed it?

Minister Jake Williams fears Maggie has had a breakdown.

Feeling he has no choice, Jake locates the other intended guest, Bobby Weeks, who agrees to go with him but struggles with keeping his lycanthropic curse hidden.

Jonathan Steele, a wounded veteran battling PTSD, arrives with his disgruntled wife. After drinking too much at dinner, Jonathan insults the homeless Bobby, and Bobby is missing from the house the next morning.

The dark past of Maggie's home awakens in the present.

Jake, whose faith is in doubt, confides in a local priest while he and Jonathan search for Bobby, and Ricky's ghost makes another visit to Jonathan, causing him to become fixated on saving Maggie from the evil that surrounds her.

As the danger intensifies, trust is elusive, and betrayal is certain.

Maggie might be lost, Bobby confronts a terrible choice, and Jake and Jonathan fight to save them all-before they become more victims of the horror emerging beneath the deadly house in Jotham.

What listeners say about Emerging

Grief changes a person ...from the inside out.

The four remaining friends from the youthful Suicide Squad are each struggling with problems, echoes from the war, and had mostly lost touch with each other since Maggie's husband and their friend Ricky was buried. Maggie had purchased the house in Jotham which had scared them so much as teenagers, yet none of them seemed able to remember. She wrote to them asking that they come visit her, and they did - Jonathan with his wife and step daughter, although mother and daughter quickly left after Jon's drunken outburst on the first evening, homeless Bobby even though the full moon was approaching, and Jake, still struggling to reconcile his relationship with God. And still they don't remember the house despite a photo showing them all standing in front of it.

Maggie has changed. She looked I'll. And everywhere the chirping, the clicking ...
Interspersing the unfolding events with excerpts from their past, happier days as a close friendship group before war entered, and destroyed, their lives, Mr.Thomas flowers writes with skill and word craft, whilst narrator reads in a frequently deadpan voice, though with good intonation and giving individual voice to each of the protagonists, which serves to increase the tensions of the text. A slow, insidious horror of mind and body, creepy and impactful.

This book continues directly from book one and really needs the predecessor to fully appreciate it.
My thanks to the rights holder for creeping gifting me a complimentary copy of Emerging, at my request, via Audiobook Boom.

This was a very fast paced, intense read that I couldn't put down.. Thomas is an amazing writer that develops his characters into people you actually would love it sit and have their company with. They feel real.

This was a very fast paced, intense read ..much like Dwelling. Thomas is an amazing writer that develops his characters into people you actually would love to sit and have a conversation.

A Gripping and Disturbing Tale of the Supernatural

Another terrifying chapter in the lives of a group of friends that dared the unspeakable while still children, awakening the wrath of demonic forces, which allowed them to follow their separate destinies until they were reclaimed by evil entities. You will find in this story plenty of supernatural influences, but deep down the real evil is still man made. The horrors caused by war are what ultimately claim the lives of most of the members of the "Suicide Squad", touched in different ways, but each one of them horrific in its consequences. A suspenseful, even disturbing tale of horror, grief, and soul destruction powerfully narrated and interpreted. Not for the faint of heart....

Second installment of the Subdue series. Maggie’s friends arrive at her place and the mood is not what was expected.

While the previous book dragged a bit for me, I found the pacing in this one a bit better. The characters are well depicted and I found the situations they found more relatable. It was easier to connect to the characters and their internal struggles, even though they were all quite different.

There’s gore but it’s mostly psychological horror, the feeling that there is something wrong but none of the characters are able to put their finger on what. That, coupled with their own issues creates a complex story where it’s sometimes difficult to know what’s true and what’s just in their heads.

Rick Gregory did a fantastic job portraying all the characters and creating the right atmosphere with his narration. There were just a couple of audio edits that I found a bit distracting but it was an enjoyable narration.

This is the first book I have listened to from Thomas Flowers. It had me from the first page to last!! Story and narration were great! I was given this free review copy audiobook at my request and have voluntarily left this review.

The first book Dwelling was good, Emerging is great! I was on the edge of my seat the whole time! There small twists and turns you don't expect. It was scary, disturbing, sad, and you just can't put the book down. This book had great writing! I can see Thomas S. Flowers becoming the next Stephen King if his books stay like this! On top of all that Rick Gregory did an amazing job! He really stepped up his game from the first book! Rick did such a good job, I found it easy to lose myself in the book! They became a truly great combination in this book!

I received this book from the narrator of my own free will for an honest review.

Well continuing the tale, this one was so gripping too, I mean all the things that where in an standby on the first book came running through the night and reached out to this group of friend.

Now with this development I wonder where this story will take us, but I'm anxious to hear more about what will happen next with all this character that have gotten a little piece of my heart and this plot that has take my mind over.

The story in this book is sort of engaging and is spooky. What could've made it much better though - is if all the horror elements had some kind of origin story or explanation. At its current form, all the supernatural creatures and aliens are simply present there. If we had learnt how they got there, I would've been more invested in it.

What could Thomas S. Flowers have done to make this a more enjoyable book for you?

Did Rick Gregory do a good job differentiating all the characters? How?

Yes, narration was good. Each character was distinguishable. And there were no audio quality issues.

Even better than the first

Emerging was even better than Dwelling volume 1. Very well written, has a lot of action and paranormal activity. Would recommend this book to other readers.

As a veteran myself, I felt like I could relate to the characters. Actually, all the characters are developed well in the book and their emotions are realistically portrayed in this book. I liked the paranormal aspects of the story too and will definitely be open to more from this series.