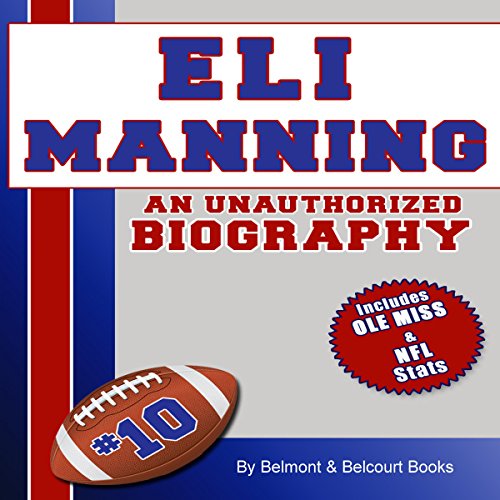 By: Belmont and Belcourt Biographies
Narrated by: Ken Z.

It's been said that Eli Manning is one of the most overanalyzed, discussed, dissected, and criticized quarterbacks New York has ever had. But, in order to truly understand Eli Manning, you must first understand where he came from.

Eli Manning: An Unauthorized Biography explores Manning's upbringing, his high school and college football careers, and details his breakthrough into the NFL - all the way through his second Super Bowl win against the New England Patriots. Now that he's beaten the Patriots in not one, but two Super Bowls within a four-year period, Manning has proven that he is in the same class as those other "elite" quarterbacks. It's clear that he's finally ridded himself of the status of "Peyton's younger brother." From family to football to the future, all you need to know about Eli Manning is right here, right now, in the most up to date coverage of Eli Manning's life.

This audiobook also includes all of Eli Manning's college and professional football statistics.

What listeners say about Eli Manning