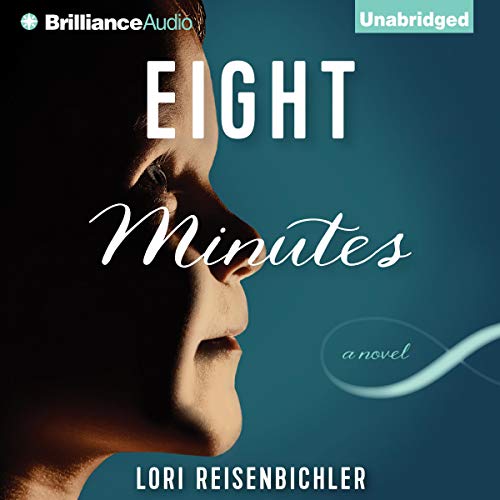 On the night Shelly Buckner finally became a mother, she very nearly became a widow. Her husband, Eric, seriously injured in a car accident on the way to the hospital, was dead for a full eight minutes before being revived--all while Shelly was in labor. Those eight minutes changed everything she thought was possible.

Three years later their son, Toby, brings home an imaginary friend. But he's no ordinary playmate--John Robberson is a fighter pilot and Vietnam vet. As Toby provides unlikely details about John's life and Toby's tantrums increase Shelly becomes convinced that John was real and now wants something from Toby. But her husband has his doubts, and as Shelly becomes involved, even obsessed, with finding out the truth, their marriage begins to disintegrate. Torn between protecting her child and keeping the peace with her husband, Shelly desperately searches for a way to put John Robberson finally out of their lives.

What listeners say about Eight Minutes

Okay, but not the best read

The main character really annoyed me- and the character development seemed forced and predictable - I knew what was happening before they did. But on the plus side, the writing is very descriptive and I could feel what the characters were going through as the author described their emotions, reactions etc.

Would you try another book from Lori Reisenbichler and/or Tanya Eby?

Maybe. This was my first one, so I am not going to judge all her books by this one.

What was most disappointing about Lori Reisenbichler’s story?

I was expecting more. A ton of build up and then it just kind of fell flat. I wanted to like the book. I even listened to the end of it, but I just couldn't.

All I really have to say is save your time and your credit. This book is just stupid.

There aren't many modern fiction books that deal with the topic of souls and reincarnation as well as 8 Minutes. It was one of those books I hated to put down.

The beginning of the book grabs your attention. It took several unexpected turns along the way. You could imagine the characters as you read. I'm looking forward to reading the authors second book.

Would you try another book from Lori Reisenbichler and/or Tanya Eby?

I would try another book by the author.

The narrator was boring - almost robotic. I liked reading this book far better than listening.

I was hoping for more of a supernatural story. The writing was a bit choppy at times. I started to see what was going to be the "big twist" in the middle of the book. It wasn't a big surprise. When I thought that might be the end, the book rambled on some more. The characters are not incredibly likable. I struggled to get through it at times. There were a few funny moments that make me not regret reading this novel.