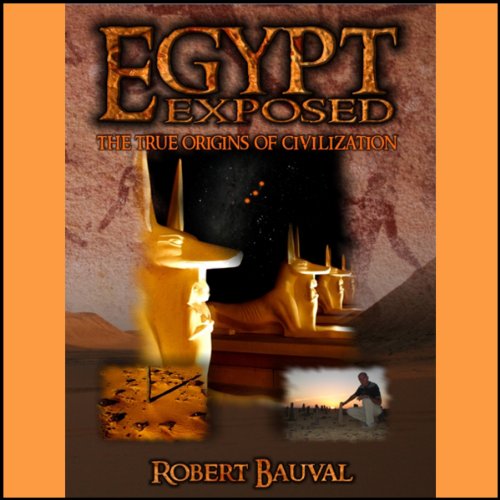 Almost everything we once believed about the origins of our civilization is about to be undermined in the revelation of a lifetime. Robert Bauval is a best-selling author of numerous books and has appeared on television and radio around the world. His discovery about the pyramid complex at Giza, called the Orion Correlation, made him headline news. Now, in this unique program, he brings to light startling new evidence regarding the very origins of civilization.

Tracing mankind's ancient roots back in time and across the landscape of Egypt and Africa, Bauval points to a remarkable site with definitive evidence that Egyptian civilization emerged from a very different origin than we are lead to believe. He points to amazing knowledge about precession and astronomy previously unrecognized.

This program explores these incredible discoveries in depth and brings us up to date with the links between the Orion Correlation, the dating of the Sphinx and this new evidence. Did civilization emerge around 10,500 BC in a place we've never heard of? You decide. This is an absolute must for all those interested in ancient mysteries, Egyptology, and exploring the origins of our modern civilization.

try something else of his.

This is not a review of the material but more so the quality of the production.Robert Bauval is an interesting person and his topics are laid out and covered very well. Its just that this particular product is amateur at best. The sound quality could be a lot better considering Mr.Bauval has somewhat of an accent and I found myself straining to hear everything that he says. Whoever produced the interview then figures they are going to add Music to it at all the wrong parts. There is music even while Mr. Bauval is talking. Very bad choice. If you are interested in Robert Bauval do yourself the favor and don't bother with this Recording.