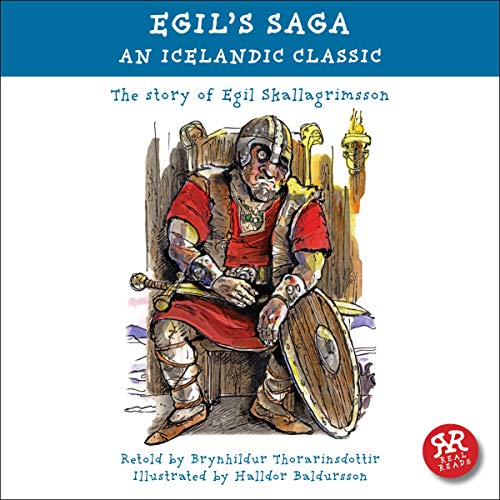 By: Brynhildur Thorarinsdottir
Narrated by: John Harris
Try for £0.00

Is it really possible to become famous throughout your country and beyond both as a fearless warrior and as a renowned poet?

Egil Skallagrimsson lived in Iceland a thousand years ago, and this is the story of his long and violent life. He could compose beautiful poetry, but he was also capable of staggering brutality.

Can Egil successfully avenge his father's exile from Norway, defend his honour against Norwegian King Erik Bloodaxe and support English King Athelstan in his battles against the Scots?

When his travels finally find him at home again in Iceland, how will Egil feel about his family - his loving wife Asgerd, the brother he lost in battle and his dead sons? And what will he do with his two chests of silver?

What listeners say about Egil's Saga