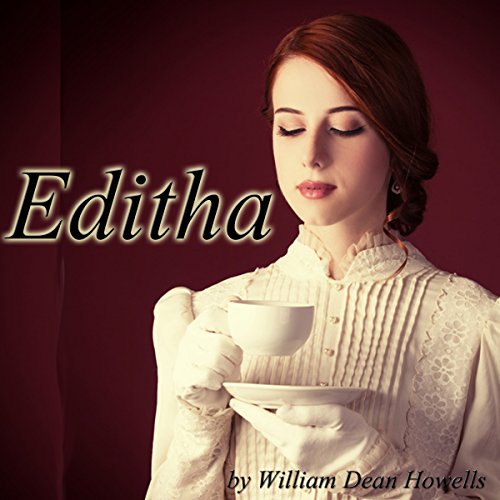 This short story, written at the beginning of 20th century, is audacious for its time; the plot revolves around radical ideas of patriotism, country, and female power. Almost documentary in its realism, Dean Howell's story is as powerful as any of his better-known novels. The audiobook edition is narrated by Donna Barkman, whose  low, resonant articulation perfectly reflects this rather serious, and deeply thought-provoking audiobook. Inspired by American attitudes toward the Spanish-American war, "Editha" is essential listening for anyone with an interest in history, both global and literary.

While known primarily as a novelist, Howells' short story Editha (1905) appears in many anthologies of American literature. Editha is a young and very patriotic young landy. Her lover, George, is not quite as enthused about her "my country right or wrong attitude," but she convinces him to join the army to fight a "just" war. The results of this decision are very unexpected and very thought provoking. This is a very powerful story and is more the type of writing one would expect from the Vietnam War era, rather than the end of the Victorian era.
©1905 public domain (P)1984 Jimcin Recordings

What listeners say about Editha

I had never heard of William Dean Howells but the description of the story made it sound interesting. Was it ever! Turned out to be a very powerful story on the horror of war and the danger of blind patriotism. Very well done and well read. It actually had two surprise endings and the final one packed quite an emotional punch.

What made the experience of listening to Editha the most enjoyable?

That it was available as an audiobook for completion of my University English course assignment.

What does Donna Barkman bring to the story that you wouldn’t experience if you just read the book?

I am pleased that selections from Norton's Anthology of Literature are available as audiobooks for completion of University assignments.

Women like Editha need to be single and men like George need to be stronger in their beliefs!