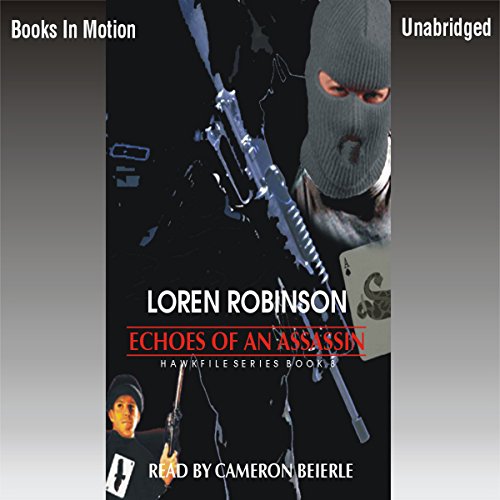 Echoes of an Assassin

A new assassin appeared on the world scene. He left a card on his victims - the picture of a snake. He called himself Viper. He killed leaders in different countries and also terrorists. He had no agenda; it was for the money, and he was paid in the millions.

But there was one assassination he would do for free. His goal was to kill Hawk, and he knew where he lived. He also knew Hawk's real identity: FBI assassin Lane Palmer.

So he wouldn't be hard to find. And when Palmer learned of Viper's identity, he found it was a voice from the past.

What listeners say about Echoes of an Assassin