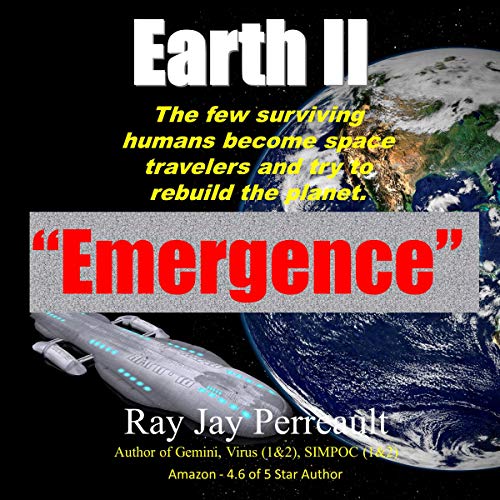 The sixth book in the Virus/Earth II series.

The evil computer Julius has kidnapped Tom Herl, and his wife Joan doesn’t know his fate. Thousands of robots and spaceships were given to Earth’s survivors, and they realize two things: First, they must prepare for Julius’ return, and second, they must find a way to exist with their celestial neighbors.

Earth can’t be caught in the middle of the conflicts around them. They find themselves in a balancing act in dealing with the Terest and Izod, two civilizations that have been battling and now both want Earth’s survivors to be on their side.

Well written and good story line. Starts off with a virus that wipes out most of humanity and ends up a space adventure. The only thing I didn’t like in the audiobooks was lack of other voices for the wide variety of characters

good storyline. interstellar travel and aliens what more do you want. would have liked it to go on a little longer.