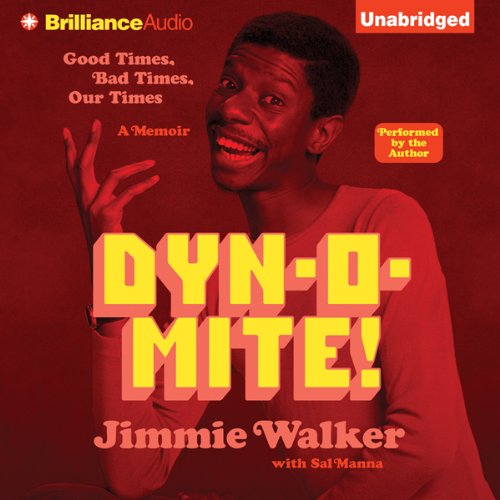 Born into the violence of South Bronx ghetto life, the comic pioneer of TV’s Good Times fame offers a hilarious and politically charged review of his career as one of television’s first hugely successful Black stars. From opening for the Black Panthers and getting his first Tonight Show spot to becoming the first “Black” TV sitcom star, having comedians David Letterman and Jay Leno writing jokes for him, recording number-one comedy albums, and opening for rock n’ roll bands in 50,000 seat stadiums, Walker’s career hit all the highs.

Of course, celebrities seldom stay at such highs. But despite going from the cover of TV Guide to becoming a journeyman comedian, Walker’s story is one of courage and unbridled belief in oneself. He never crashed and burned like so many in his profession - notably fellow comedians like Richard Pryor and Freddie Prinze. Instead, he kept at his profession through 300 comedy gigs per year, remembering where he came from and where hard work had got him. He developed a view of the world through a conservative social lens, and as a black man in the entertainment industry he surprised many - and pissed off others – with his “conservative” views.

In his stand-up routine in 1974, Jimmy frequently told this joke: “I think pretty soon there is going to be a black President. Inaugural theme be playing the 'Theme From Shaft'. Prez pulls up - white El Dorado, white bucket seats, bubble top. Prez gets out, tilts his beaver skin hat to the side, braids flowing down his shoulders, looks at the crowd and says, Ladies and gentlemen, brothers and sisters, I am very happy to be elected President of these great United States. But moreover, I am even happier to be elected the first black President of these great United States. Right now, I’d like to give you the Inaugural Address but first…the number for today: 7-5-6. You got it? Then you the vice president!”

It's 2011. We now have President Barack Obama. Yet Jimmy Walker - ever the outspoken contrarian - recently escorted conservative columnist Ann Coulter to an awards ceremony. Walker is a frequent guest on Letterman and The Late, Late Show with Craig Ferguson. And J.J. Evan’s "Dyn-o-mite!” endures - and was recently voted by People magazine as one of “The Greatest Moments In Pop Culture, 1974-2011.”

Way too much foul language!

I would not buy another book due to his foul language.

Was Dynomite! worth the listening time?

I love autobiographies and thought that there might be some insight about life I could glean from his story. Unfortunately, I didn't learn much and don't plan to listen to his story a second time.

underrated. Jimmie gives us an interesting behind the scenes picture of some of the most successful comedians of all time. He came up with the Lettermen's and Lenos. l had no idea Jimmie played instruments and did.radio talkshows. l knew about his radio work as he's done on the 70s Sirius Radio station. Hate his politics.

it had a lot of great stuff about the life of Jimmy Walker as well as the history of Comedy in America from his days. Throughout the book, he tells lots of jokes, most of which her pretty funny.