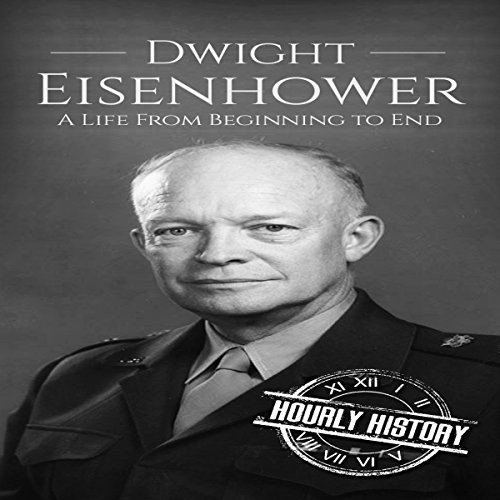 By: Hourly History
Narrated by: Scott R. Pollak
Try for £0.00

World War II hero Dwight D. Eisenhower had never voted in his life before he decided to run for the office of president. From the humblest of beginnings as the third of seven sons born to a struggling Kansas couple, he emerged as a military leader whose administrative acumen brought clashing personalities together. During his time in office, he was frequently dismissed as a man who would rather play golf than govern, but history has treated the 34th president with a respect that recognizes the strength of his leadership and the breadth of his accomplishments.

The Eisenhower years are regarded as one of the most tranquil periods in American history, and yet he presided over a nation which saw the growth of the civil rights movement, the creation of a national system of highways, the end of the McCarthy anti-communist witch hunts, the advent of the Cold War, and the quest for space.

From the roads across the country to the terrain above the skies, Dwight Eisenhower, the last American president born in the 19th century, laid the groundwork for modern America.

What listeners say about Dwight Eisenhower