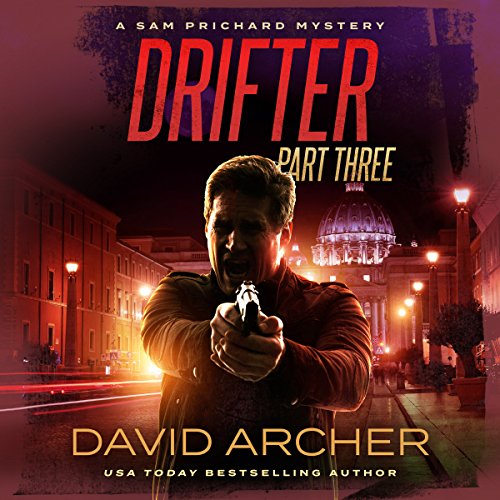 Sam Prichard - you know him as a retired cop from Denver who blundered into the world of the private investigator and from there into the world of international espionage and terrorism. Twice before, he has been called on to save the country. This time, in a tale that is straight out of today's headlines, Sam Prichard must save the world.

When he was asked to locate a man who seemed to have disappeared in Vietnam but then turned up alive in Denver 40 years later, he thought he was simply taking on a case to help bring closure to a daughter who felt abandoned. Unfortunately, there's a lot more to the story, and now Sam must ally himself to one of the most deadly, cold-blooded killers he's ever known. A rogue agent of the CIA has decided that a number of ancient prophecies, including those in the Bible, name him as the new world leader, and he will literally stop at nothing to achieve his goals.

From Denver to D.C., from D.C. to Jerusalem, and now from Jerusalem to Rome, Sam will not stop until he has brought this evil plan to its end. No other PI has ever faced the kind of enigma and disaster that will come to pass if Sam fails to stop his archenemy. Don't miss this incredible final adventure of Sam Prichard!

See why people are calling it "the next Jack Reacher" yourself!

Another good read..This series of books has been one of the best I have read.

People who think Obama was born outside the USA.

Anger. I don't pay good money for a mystery novel only to find it's really a political screed.

If you believe Hillary Clinton would purposefully kill all students at two big grade schools and blow up two cruise ships -- just to gain power -- then this is the novel for you. It also makes the hero look like an idiot; a spy tells him this and his response is the equivalent of "Gee, who knew? That's amazing!" I HATE people twisting fiction to suit their political beliefs. Hated it when Steven Seagal used his movies to proselytize democratic agendas and hate it with David Archer using his (previously good) books to proselytize republican agendas.

I was expecting a completely different finish to the story so it came as a complete surprise - which made it great and leaves it open for more about my favourite detective and his delightful family. Well done David.