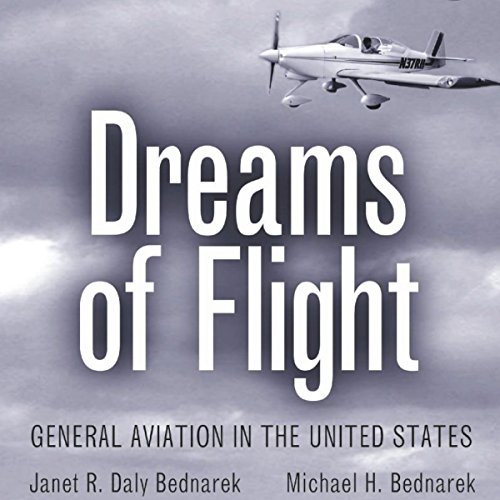 General aviation encompasses all the ways aircraft are used beyond commercial and military flying: private flights, barnstormers, cropdusters, and so on. This history examines the many airplanes used in general aviation, from early Wright and Curtiss aircraft to the Piper Cub and the Lear Jet. The authors trace the careers of birdmen, birdwomen, barnstormers, and others who shaped general aviation - from Clyde Cessna and the Stinson family of San Antonio to Olive Ann Beech and Paul Poberezny of Milwaukee. They explain how the development of engines influenced the development of aircraft, from the E-107 that powered the 1929 Aeronca C-2, the first affordable personal aircraft, to the Continental A-40 that powered the Piper Cub, and the Pratt and Whitney PT-6 turboprop used on many aircraft after World War II.

In addition, the authors chart the boom and bust cycle of general aviation manufacturers, the rising costs and increased regulations that have accompanied a decline in pilots, the creation of an influential general aviation lobby in Washington, and the growing popularity of "type" clubs, created to maintain aircraft whose average age is 28 years.

This book provides listeners with a sense of the scope and richness of the history of general aviation in the United States. An epilogue examining the consequences of the terrorist attacks on September 11, 2001, provides a cautionary note.

The book is published by Texas A&M University Press.

What listeners say about Dreams of Flight

Lots of great information but pay attention because they jump around a lot in time.

it is a lot like listening to an encyclopedia being read. interesting fact but hard to stay awake