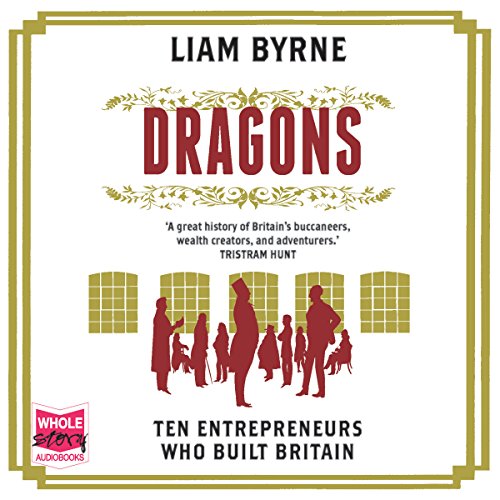 Britain's rise to global dominance from the 16th century owed as much to the vision and creativity of traders, industrialists and bankers as it did to wars of conquest fought by military men.

Dragons tells the story of British business endeavours through the lives of ten titans of commerce. Beginning with the Tudor merchants who transformed England's economy via trade with the New World, Liam Byrne traces a fascinating and eye-opening entrepreneurial line.