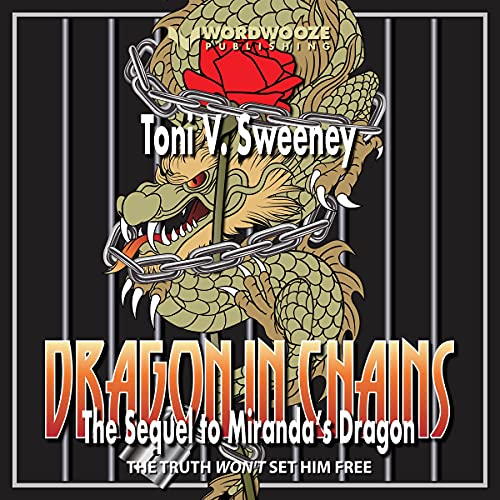 Xandr Taluti is dead, and his brother, Zane, has called a halt to the feud with the Andruses.

As the two clans attempt to return to peacetime, it appears happily ever after is in store for everyone. Kit openly declares his love for Miranda; Niki and Ardala prepare for their long-wished-for wedding; and other secret romances are now revealed.

Nevertheless, Dominic's plans to transform his family into law-abiding citizens are thwarted when the Gataen police invade the House of Andrus and old nemesis Detective Ceran Synubis arrests Dom, Kit, and Niki.

In the clutches of an alien justice system where a man is guilty until proven otherwise, Miranda finds herself the prosecution's chief witness in a trial where the truth may convict the man she loves of a crime he didn't commit, and only a miracle - or a long-hidden secret - can save him.

What listeners say about Dragon in Chains

I am glad I got to find out what happened to Miranda, Kit and the others. So many were after them, especially the triplets because they have something special. The family must band together to ensure their safety and loyalty of the members.

The narrator voiced both books in the duet very well. There was much emotion and enthusiasm.

This was like nothing I expected, and I enjoyed it all. Just when I was losing hope, a miracle comes through. I enjoyed the characters and the unpredictable storyline. I voluntarily listened to a free copy of this and am giving an honest review. The narrator did a great job bringing it to life.