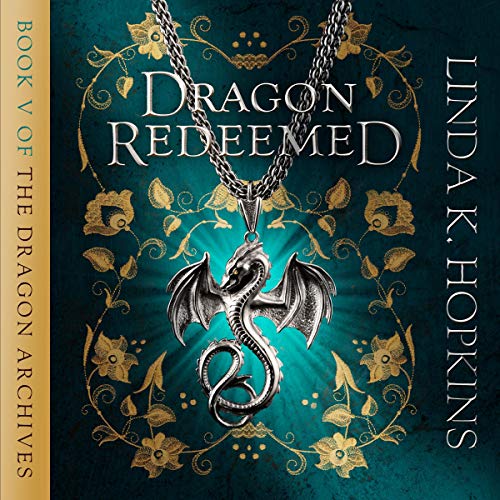 By: Linda K. Hopkins
Narrated by: Josephine Hall
Try for £0.00

Xavier Seaton is unlike any other member of the Drake Clan. Raised in the mountains at Storbrook Castle, his first shift into human form was when he was already a teenager. Added to that, Xavier is the most powerful dragon ever, surpassing even his grandfather, Aaron.

But such matters are of little importance when Xavier travels to Civitas with Aaron and Keira to investigate mounting threats against dragons. As he and his uncle, Zach, track down disturbing rumors, Xavier meets people who challenge his beliefs about the human race.

Evelyn Talbot is a young woman sent to live with an elderly uncle in the city. Life is restrictive, and meeting Xavier and his cousins, Robin and Suzanna, helps to restore her enjoyment of the long days of summer. Unfolding events will throw her lot together with Xavier's in unexpected ways, and when things take a nasty turn, Xavier and Evelyn, along with the entire dragon clan, will be changed forever.

What listeners say about Dragon Redeemed

If you love dragons...

I have read and or listened to all of Linda K. Hopkins dragon series books and each one has left me wanting more. Dragon Redeemed is no exception. If you like dragons, romance and a little action you will love these books.

The first dragon shifter book I ever read was Bound By A Dragon. It was full of story that included romance (a must for me) but so much more. It set a higher bar for me as many shifter books are mostly vehicles for primal, explicit sex with a little story added to justify it as a book. IMHO.

In this series Ms. Hopkins begins building a world that introduces us to a secret world of dragons who have dragon behaviors & beast-like requirements, yet can take human form so they can survive in this world. Humans are essential to their survival, and there is a symbiotic relationship and clan loyalty with those who bond with or serve them This world is both delightful and fun, fascinating and repellent, grisly and primal. At times I was squeamish, yet the world made sense and true to the nature of the beasts. As I enjoy dark fantasy, I’m okay with that, if it is not gratuitous.

My review is actually for Book 5 which I read & listened to on Audible. I was given the Audible for my honest review and I gladly give it. I just feel I can’t review 5 without its predecessors as they are so intertwined .

Book 5 is the culmination of all the lore and understanding of the theme and world Ms Hopkins continued building on progressively through each book. Each one got a little darker and to me this was the darkest and most graphic. We learn early in the series there is a curse that fell on the dragons for abusing their power. There is also a prophecy that there will be a Redeemer to break the curse. Each book in the series also introduces a new love story of some of the main characters with attraction and struggles which they must overcome to become each other’s true mates. Feisty, funny, strong willed, honorable, & clever over-comers - my favorite types. There is enough sexual “heat” between them without having to skip pages to avoid anything too explicit.

The love story in book 5 is so unique and I didn’t see what it took to break the curse coming. It was a difficult scenario to write and express but it made sense to me. ( more so in the book than the Audible) It brought a satisfying ending to the series. It also left loose ends on a few characters I hope we see get their HEA in the future. I love the H & the h and how they worked through their final obstacle. It’s a series I will reread again in the future to glean details I missed.

The narrator in the Audible did a great job on the voices overall. They matched the characters. My only negative was that lesser characters that were mostly “bad guys” were too snivelly(?) and whiny. Too caricature-ish . I truly enjoyed listening, but I did find that the book brought more depth to the story for me and important details I missed. Of course, I happily heard the narrator in my head as I did, minus the whiners.

I loved the story to start with and to hear it read to me in the different voices was great. I was able to continue my house work and still read my book. It was a great experience. When I got to the end of the story I wasn't ready for it to end. I will definitely be looking for more autio books in the future. Keep up the great work Linda. Ms. Hall's voice was perfect.