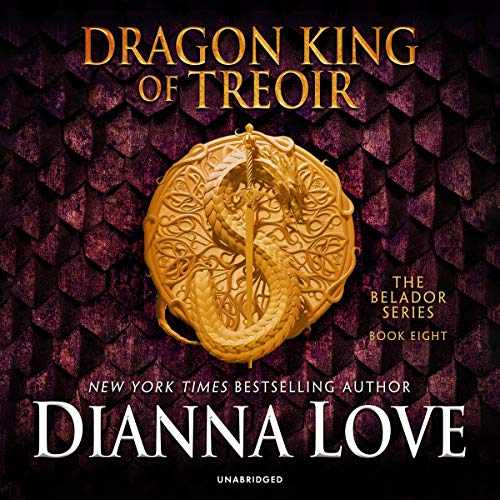 By: Dianna Love
Narrated by: Stephen R. Thorne
Try for £0.00

The Beladors finally have a fierce leader in Daegan, their new dragon king, but life is far from secure now that they've inherited his enemies.

Quinn, Evalle, Storm, and friends race to stop a group of vigilantes killing nonhumans before the preternatural world erupts into war - if they can't prove Beladors aren't guilty of the crimes. The team soon discovers someone is trying to turn the entire VIPER preternatural coalition against the Beladors, but who? Or is this all about setting an elaborate trap for Daegan, whose very presence threatens the powerful beings in charge? With a deadline looming for Quinn to hand Kizira's body over to the one person he's risked his life to keep it from, he discovers more than one deadly being is vying for it and they want a war. Freedom is never free, not when the powerful gods and goddesses poised to decide Quinn's fate are also willing to join forces to destroy a threat to their existence - the last dragon-shifter.

What listeners say about Dragon King of Treoir

It's great to be back in the Belador world. There is much to lean about the new dragon king of Treoir and the Beladors are busy working out who is killing Medb witches and leaving behind belador traces. Turns out they have Kizira's body and the race is on to recover the body and save the hostages.

I love this series! I can't wait for the next one. Dianna Love is an amazing author that guides the readers through the labyrinth of characherts and their secrets.

Dianna Love does it again! I am so in love and invested in this series and characters!

The ending was very predictable, but other than that this was one of my favorite books in the series. Dagon rocks!

I loved the way the story flowed from start to finish. Questions were answered, there are new characters, and there are some interesting plot twists. I can't wait for the next book!

happy to see how the story is progressing.... i don't wanna ruin it in the reviews so I'll just say, the story line does not disappoint.

I love this book! I like how each of the books connects to the one previous. but yet each one can pretty much be read alone. enough backstory is given and each one that you're not left hanging. I'm reading the next book now!

this edition to this series holds up to the high standards set from the beginning. I have read or listened to all of them and have never been disappointed.

Kept me guessing. Loved it. I fell in love with Dagan and jumped up after the last 15 seconds

Best book so far in the series. I really enjoyed the new character 'Dragon' and all his power!