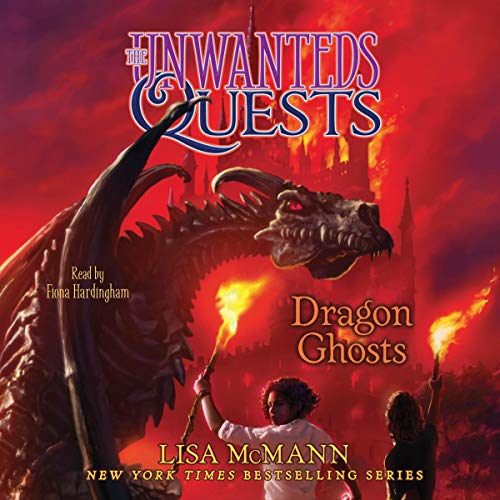 Ten years after Alex and Aaron Stowe brought peace to Quill and Artimé, their younger twin sisters journey beyond Artimé in the third novel in the New York Times best-selling sequel series to the Unwanteds, which Kirkus Reviews called “The Hunger Games meets Harry Potter”.

Devastated by loss and hampered by war, Fifer struggles to regroup and continue the search for her twin. Meanwhile, Thisbe, pounded by images of Grimere’s dark history, contemplates her abandonment and considers leaving Rohan behind in a risky move that could take her home...or to her death.

Awesome story! The ending left us on edge; wanting more. We can't wait for the next book!

This was an amazing book it was so enjoyable thank you!!!
Also keep up the good work!!!

It is a very entertaining book to listen to thank for writing this book I love it. Thank you Lisa McMann and Fiona Hardingham! Thank sooooo much!

Good to have the story continue....

I am a big fan of Lise McMann. I have read all her books and love the way she creates these wonderful islands with such creative flair. I am sad to say this book is not one of my favorites. The plot is a little slow and the way the readeracts out the characters is a little lacking compared to earlier books. The characters are still intriguing, but it is missing the variety of magical creatures,and the spark that used to come from the characters, that are so forefront in her other books. The setting is the same as the past book and it has a sad, dreary tone.

I will love this series no matter what

Every one of the quest series it is always so darn close! I hate it but love it at the same time, that’s what makes it a great book! What I mean by so darn close, is when the group decides to do something or go somewhere The person they’re trying to rescue leaves the place that the group is going and something bad always happens. It’s frustrating but that’s what makes it a good book. Thank you so much Lisa McMann, The unwanted‘s will always have a place in my heart.


An amazing plot with some parts that are irresistible to cry about if you've read the other series the unwanteds and the past two books in the series. Action packed with a lot of twists and turns.

Ahhhhhhhhh! Why does Alex die!?

ALEX how dare you die you where the best ever!!!! Ah ah ah ah ah