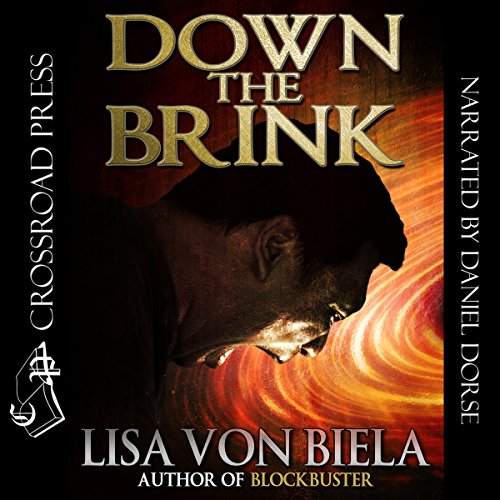 Human misery is a profit center. Zach Winters knows this all too well. In his IT job at Guardian Systems, Inc., the nation’s largest for-profit prison company, Zach sees all the numbers. GSI stops at nothing to drive up profits. He despises everything GSI stands for and is thrilled to land a job at MoonPop, developer and publisher of the free, wildly popular game app of the same name.

Zach loves his new job. He thinks he has it made - until his curiosity gets the better of him.

Life is good for Gil and Aggie Balderas. Gil’s working hard to make his dream of opening his own construction firm a reality. But one day, Gil makes a simple mistake - a simple mistake that lands him in prison for six months. What he experiences inside changes him forever.

Not all prisons are made from concrete and razor wire....

What listeners say about Down the Brink

The book was really good and kept your interest but the ending was bad. Absolutely nothing changed for the effort Zak put forth, only lives were lost and the corruption continued. Not what I had hoped for.

Every time I play a video game again I will think of this book and prison. This book had a great plot and great characters. The US is one of the few countries that you do not need papers to walk our streets. But this book is in the near future where everyone must carry papers at all times. Vince goes for a bike ride and forgets his at home and goes to prison.
Zach is a programmer for video games and changes a company program. The narrator, Daniel Dorse, gave a great performance in this book.

This book
was given to me for free at my request and I provided this voluntary review.