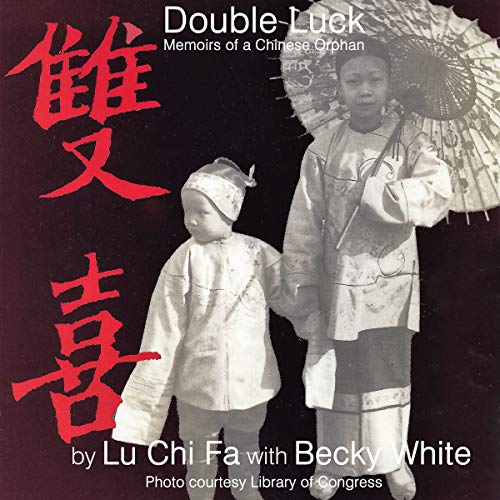 He was shuffled from relative to relative and sold to an abusive Communist village chief. At the age of nine, he was the caretaker for a mute epileptic. He briefly found a loving home as a kitchen helper to a nearly blind neighbor, only to lose this haven after nearly burning down her hut.

Following a harrowing escape from China with his older brother, wife, and son, Chi Fa found himself in a refugee camp and the provider of food for the entire family. Moving to Hong Kong, Chi Fa supported his family by begging until an aunt helped them emigrate to Taiwan. Feeling betrayed by his older brother, in the autumn of 1955, he struck out on his own by joining the workforce. In 1969, he immigrated to the US, following a dream he had had for 14 years.

Double Luck is filled with examples of how the human spirit can triumph over adversity. In the Chinese language, the word crisis is written with two symbols: one meaning "danger" and the other meaning "opportunity". Although Chi Fa's childhood was filled with crisis, he always looked for opportunity. His successful triumph over crisis after crisis is an inspiration for all who seek hope in the face of great challenges.

What listeners say about Double Luck

Great written Memoir one of my favorite books

Wonderful written memoir. Very heartbreaking at times but in the end luck finds Chi Fa. I have read this book 7 times and now I finished reading it one more time with my teenage boy. And he loved the book too.