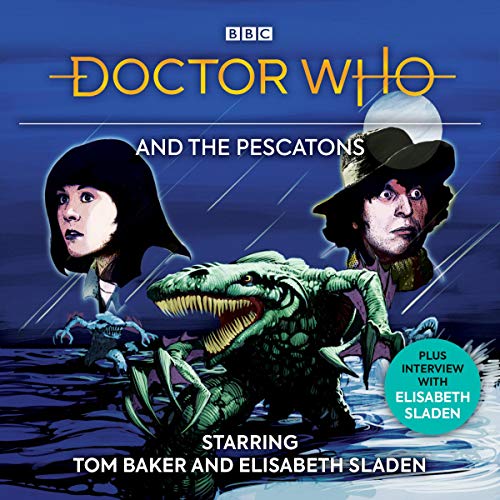 Doctor Who and the Pescatons 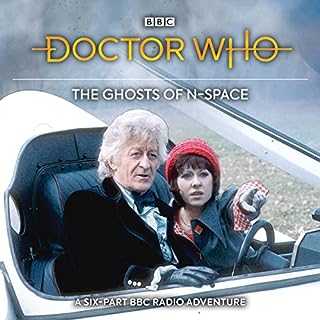 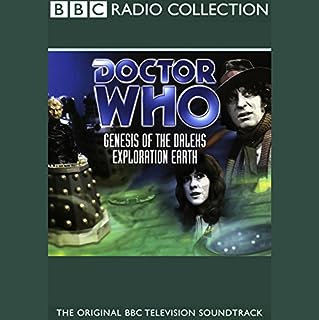 Tom Baker stars as the fourth Doctor in this double-bill of adventures, in which he's ably assisted by Elisabeth Sladen as Sarah-Jane Smith. 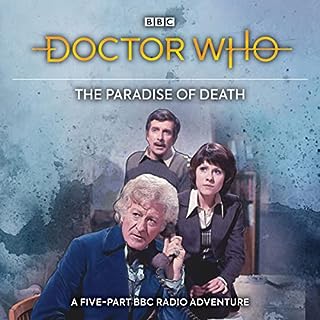 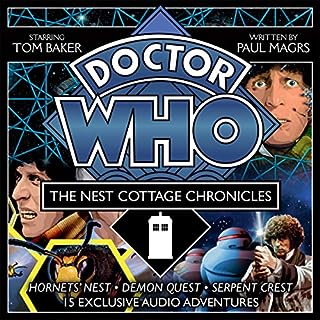 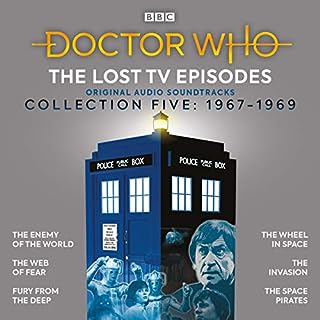 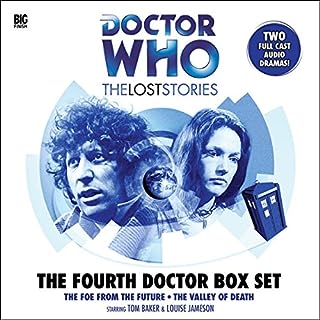 Tom Baker stars as the fourth Doctor in this double-bill of adventures, in which he's ably assisted by Elisabeth Sladen as Sarah-Jane Smith.

Four more thrilling soundtrack adventures from the early days of Doctor Who, featuring serials lost from the TV archive. The pictures may be lost, but each of these stories survives as a soundtrack recording. Remastered, and with additional linking narration, they can be enjoyed once more. In The Daleks' Master Plan, the Daleks have stolen the Time Destructor, and are threatening to destroy the fabric of time itself. In The Massacre, the TARDIS materialises in Paris, 1572. Also including The Celestial Toymaker and The Savages.

The Doctor, Romana and newly elected President Sheridan Moorkurk take on the all-consuming powers of business tycoon Cuthbert and his vast Conglomerate. But the situation goes beyond a struggle for political power. Cuthbert is intent on revenge on creatures he feels have attacked his interests. But when his revenge looks like it's leading to interspecies war, the Doctor knows the stakes couldn't be higher. The Laan are on the move. Is it too late to prevent the destruction of all life on Earth?

Absent from the TV archives, these stories survive in their entirety only as soundtrack recordings. Now remastered, with additional linking narration, you can enjoy them again: plus bonus interviews with Anneke Wills and Frazer Hines.

Twelve stories of excitement and adventure in distant times and places!

On Skaro, the home world of the Daleks, the Doctor encounters the militaristic Movellans - who have come to Skaro on a secret mission - whilst his companion Romana falls into the hands of the Daleks themselves. It soon becomes apparent that the Daleks have returned to their abandoned home city with a crucial objective, one which they hope will give them the advantage in a strategic war. When the Doctor realises what the Daleks are up to, he is compelled to intervene.

Big Finish's first Fourth Doctor adventure. A great jumping-on point.... After saying their good-byes to Professor Litefoot and Henry Gordon Jago, the Doctor and Leela respond to an alien distress call beamed direct from Victorian England. It is the beginning of a journey that will take them to the newly built Space Dock Nerva...where a long overdue homecoming is expected. A homecoming that could bring about the end of the human race. Written and directed by Nicholas Briggs.

Former Doctor Who star Tom Baker stars as himself, Tom Baker, in a series of bedazzling audio adventures from the pen of Paul Magrs: Baker's End. Peevish actors are descending mournfully upon the remote English village of Happenstance for the funeral of TV legend Tom Baker. His one-time costar Suzy Goshawk is sucked into a parochial vortex of intrigue involving the quailsome local vicar, Tom's acidulous housekeeper Mrs Frimbly and various other fruminous scumblebums.

The Doctor and Romana find themselves in the Proxima System, where enigmatic Conglomerate CEO Cuthbert has been conducting his infamous 'experiment'. An experiment which might accidentally rip the universe apart. Meanwhile, living conditions on Proxima Major have become harsh and hostile. Climate change has turned the landscape into a freezing wasteland and an alien power has condemned much of the population to life inside internment camps.

The Doctor and Romana are enjoying a leisurely lifestyle as the Lord and Lady of a London townhouse. But trouble never stays away from them for long, and before they know it a chance discovery of alien technology leads them deep into the heart of the English countryside, where a malign presence lurks. As the Doctor dodges deadly butlers and ferocious gamekeepers, Romana is faced with a malevolent aunt and an even deadlier peril - marriage. Directed by Ken Bentley.

10 thrilling adventures for Sarah Jane and her friends, as seen on TV, read by Elisabeth Sladen, Daniel Anthony and Anjli Mohindra. Sarah Jane Smith always finds herself in trouble. As an old friend of the Doctor she's used to encountering aliens, battling monsters and defeating evil. Along with her friends Luke, Clyde, Rani, Maria and Sky - not to mention supercomputer Mr Smith - Sarah Jane and her trusty lipstick are prepared for anything the universe throws at them.

The legend dates back to Roman times, at least: a great White Worm, as wide as a man, slithers out of the rocks of the Dark Peak Gap to take animals, sometimes even children, for its food. When the Doctor and Leela arrive in the wilds of Derbyshire only to get caught up in the hunt for a missing girl, they soon discover that the legend of the Worm is very much alive - even now, in 1979. Worse still, it seems that the Doctor isn't the only renegade Time Lord on the trail of this deadly and mysterious Worm....

In his first-ever Doctor Who novel, Tom Baker’s incredible imagination is given free rein. A story so epic it was originally intended for the big screen, Scratchman is a gripping, white-knuckle thriller almost 40 years in the making. The Doctor, Harry and Sarah Jane Smith arrive at a remote Scottish island when their holiday is cut short by the appearance of strange creatures - hideous scarecrows who are preying on the local population. The islanders are living in fear, and the Doctor vows to save them all.

Tom Baker and Elisabeth Sladen star in this classic audio adventure from 1976.

The TARDIS' arrival on a lonely stretch of beach at night is closely followed by a slithering sound and a chilling roar. It marks the beginning of a terrifying adventure on present-day Earth for the Doctor and Sarah Jane Smith.

The deadly Pescatons have arrived! Refugees from their own dying planet, these towering amphibians are led by the mighty Zor, whom the Doctor has encountered before. Soon the creatures have invaded London, wreaking death and destruction. The Doctor and Sarah must draw upon all their reserves of courage and ingenuity.

Doctor Who and the Pescatons is the original made-for-audio Doctor Who adventure, first released on vinyl LP in 1976. In an exclusive bonus interview, the late Elisabeth Sladen recalls her portrayal of the ever-popular Sarah Jane Smith and what it was like to be part of the Doctor Who team in the 1970s.

What listeners say about Doctor Who and the Pescatons

The tiny cast put in a great performance but are hampered by a script that just isn't very good and is too keen to wrap itself up as quickly as possible. Not entirely surprising considering this was the first proper outing for Doctor Who on audio but still a disappointment. The Target novelisation is leagues better than the source material. The Liz Sladen interview is a really nice extra, though.

This is easily one of my favourite stories and one of the first stories I ever heard.

First audio book and I loved it

I had never listened to audiobooks before, so I was pretty excited for this one.
The story was shorter than I expected but it was quite interesting and it kept me hooked.
I also enjoyed the interview with Elisabeth Sladen afterwards, very funny and amazing woman

This is not the best Doctor Who I have listened to. It is still worth a listen though.

Never heard before but so glad I got this. Different style but interesting. Will definitely listen again. Fascinating interview as well! Well worth the money!

The story only takes up 50% of the running time, the rest is padding that I had no interest in. TB's narration is excellent and the story is quite enjoyable, but not great. It needed to be longer, as it feels like the cliff notes of an episode.