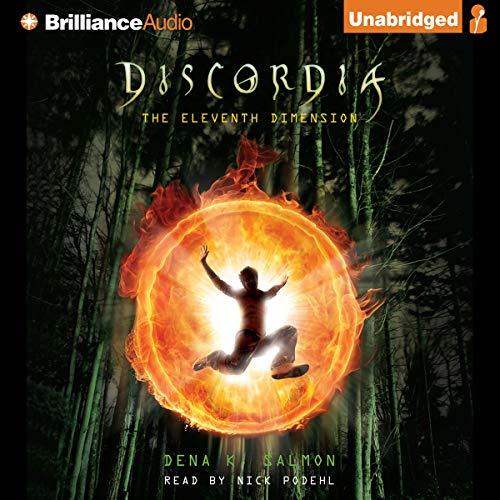 For Lance (level 19 zombie sorcerer), and his friend, MrsKeller (level 23 hobgoblin brigand), life's a battle, and then you die. And then you rez. And then you battle again. At least that's how it is in Discordia, the addictive online game that makes real life seem dreary in comparison.

At his new school, Lance feels weird and out of place, but in beautiful and complex Discordia, his zombie sorcerer is doing great: leveling fast, learning new skills, and making friends. He's even met a level 60 toon, TheGreatOne, who has recruited him and MrsKeller into his guild: Awoken Myths.

Lance wishes he could spend all his time in the game - until TheGreatOne transports Lance and MrsKeller to the real Discordia, the perilous world in the 11th dimension which inspired the game. Before they're allowed to leave, they must complete a high-level quest that may determine Discordia's survival - and Lance's, too.

If they don't get out soon, Lance could permanently mutate into the character he plays in the game: a zombie. The friends accept TheGreatOne's quest and meet Rayva, a runaway who may have been lured into Discordia against her will. The three make their way through a country on the brink of war, fighting monsters, traitors and spies - yet their greatest danger may be Lance himself.