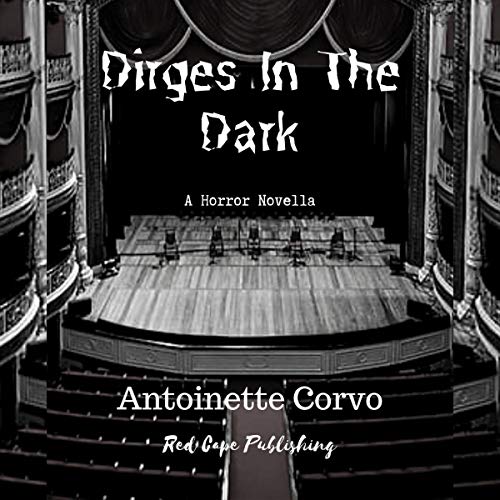 Dirges in the Dark

By: Antoinette Corvo
Narrated by: Anna Butterworth
Try for £0.00

When actress Cassidy May lands the lead in the story of Hellen Grimaldi’s life, she believes it could be the boost her career needs. However, the more she looks into the past of Hellen and the shocking events that led to her death, the more fearful Cassidy becomes about taking the role.

Did Hellen truly summon demons during that fateful performance? Was Cassidy about to unleash the same hell that Hellen had? What dark forces were really at play behind the curtain?

What listeners say about Dirges in the Dark

This was an interesting story with very good visual descriptions of the theater. How many times do you hear of a theater being haunted by previous performers? This story takes that idea and goes a step farther. Short but quite interesting. I didn't particularly care for the narrator though.

Dirges in the Dark review

It was just all right to tell you the truth, a so-so story. Although had good narration.

Where the Darkness Creeps and Evil Lurks

This book may start off a little slow but once it picks up it is descriptive enough to give you nightmares of h*ll and all its little denizens. Anna Butterworth did an excellent job in her narrating abilities bringing the scary things from the dark into the light itself. If you are a fan of horror I highly recommend this book. I received this book for free but this is my honest unbiased review. I loved this book and both short stories.