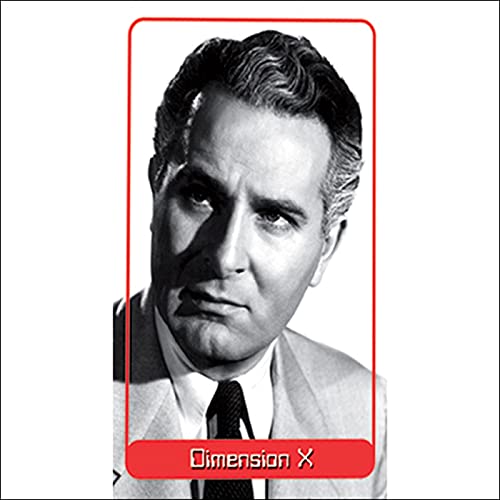 By: Murray Leinster
Narrated by: Radio Spirits Inc.
Try for £0.00

A shipwrecked crew finds evidence of a long-dead space-traveling civilization. Based on a story by Murray Leinster, this episode of Dimension X originally aired on May 20, 1950.

Featuring "adventures in time and space told in future tense", Dimension X aired over NBC from Apr. 8, 1950, through Sept. 29, 1951. The series adapted stories by the modern masters of science fiction, including Isaac Asimov, Ray Bradbury, Robert Heinlein, Clifford Simak, Theodore Sturgeon, and many others.

What listeners say about Dimension X

Another Good Story by Murray Leinster

Where does Dimension X rank among all the audiobooks you’ve listened to so far?

Better than many radio broadcasts. NBC drew from an experienced talent pool and backed it with good Foley artists.

The Captain was a good leader. He had to juggle priorities under stress to try to salvage a multi-pronged mission.