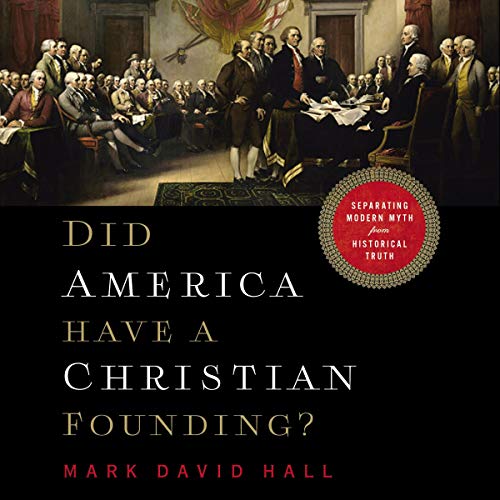 Did America Have a Christian Founding?

A distinguished professor debunks the assertion that America's Founders were deists who desired the strict separation of church and state and instead shows that their political ideas were profoundly influenced by their Christian convictions.

In 2010, David Mark Hall gave a lecture at the Heritage Foundation entitled "Did America Have a Christian Founding?" His balanced and thoughtful approach to this controversial question caused a sensation. C-SPAN televised his talk, and an essay based on it has been downloaded more than 300,000 times.

In this book, Hall expands upon this essay, making the airtight case that America's Founders were not deists. He explains why and how the Founders' views are absolutely relevant today, showing:

This compelling and utterly persuasive book will convince skeptics and equip believers and conservatives to defend the idea that Christian thought was crucial to the nation's founding - and that this benefits all of us, whatever our faith (or lack of faith).

What listeners say about Did America Have a Christian Founding?

I loved listening to the book! I listened to it in a full seating because it was so entertaining.

Yes, it had a Christian founding. The book is relatively short since his thesis isn't hard to demonstrate.

A good book that refreshes the origin of the foundation of America and its Christian’ principles. The book gains points by not trying to preach or to sell religion, but historically acknowledging the influence of Christian principles in the foundation of America and, in special, that came mainly from Christians the idea of separation of Church and State and that it does not mean, but actually reinforce, that the influence Christianity is present in, for example, how the Constitution and the Bill of Rights were written.
Finally, the book brings the importance of freedom for religious and non religious people.