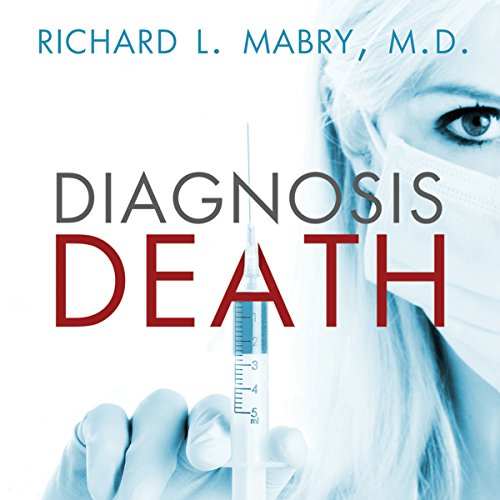 When her comatose husband died in the ICU while on life support, the whispers about Dr. Allison Williams began. Another death during her training puts her under suspicion. When the pattern is repeated in the hospital where she is attempting to start over, the whispers turn into a shout: "mercy killing." What is the dark secret that keeps Allison's lips sealed when she should be defending herself?

Despite her move to a new city, the midnight phone calls that started after her husband's death follow Allison. Who is the woman who sobs out, "I know what you did?" What does she mean by "You'll pay?" And what can Allison do to prevent it?

Two physicians, widowers themselves, offer support, telling Allison they know what she is going through after the death of her husband. But do they? And is it safe to trust either of them with her secret?

What listeners say about Diagnosis Death

The book was unstoppably good, and I really enjoyed listening. The narrator-ship was very good, and I absolutely agree that we serve the most Amazing, Creative, Omnipotent Saviour Jesus Christ!