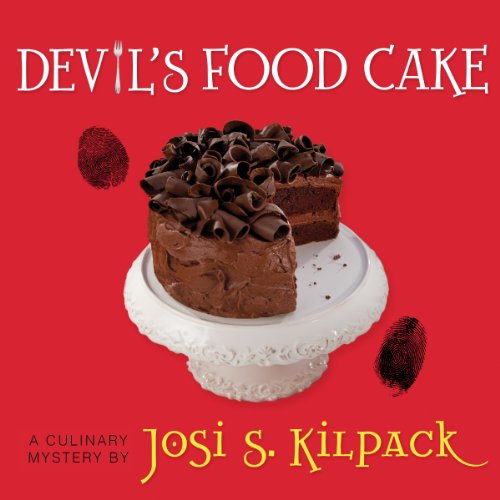 It's been years since author Thom Mortenson has been back to Garrison, Colorado. As part of the committee who invited the best-selling writer to speak at the library fundraising benefit, Sadie Hoffmiller wants everything to be perfect - right down to the homemade devil's food cake she baked herself. Certainly, murder was not on the menu.

When Thom's manager ends up dead on stage, Sadie immediately offers her guidance and expertise to investigators. But when the police refuse to take her seriously, Sadie has no choice but to pursue justice on her own. With her son, Shawn, at her side, her reputation on the line, and a full cast of characters - including a suspicious photographer, an inquisitive reporter, and a helpful, handsome neighbor with some useful skills - Sadie Hoffmiller is once again on the case.

But the devil is in the details, as they say, and as Sadie digs deeper into the mystery, she discovers unexpected ties to another tragedy, one as dark as the chocolate in Sadie's world-famous devil's food cake.

"There's no mistaking that Kilpack is one of the best in this field. . . . With Devil's Food Cake, she delivers a polished novel that can hold its own anywhere." (Jennie Hansen Meridian Magazine)
"A tasty mystery where startling twists and delightful humor mix in a confection as delicious as Sadie's devil's food cake." (Stephanie Black, award-winning mystery author)

I enjoy a food mystery.

It does help to listen to these stories in order. Josi is delicious. Wowza, more to come. Sadie keeps getting into trouble.

This is very entertaining and an easy read.

It stats out a little slow but keep reading it. Twists and turns to the story. Can't wait to read the next book.