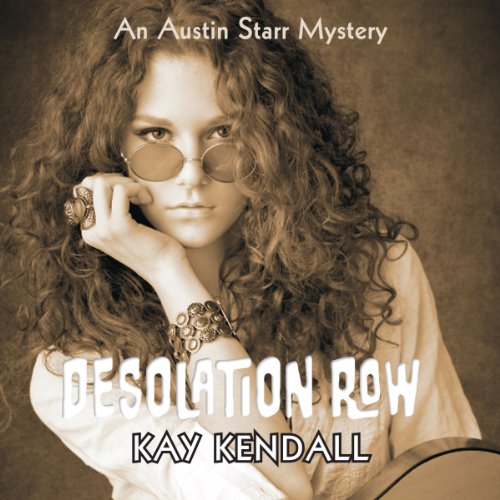 It's 1968. The Cold War is hot, the Vietnam War is raging, and the women's movement is beating a far-distant drum. When Austin Starr's husband decides to protest the war by emigrating from Texas to Canada, she goes along, with the biblical dictate of "whither-thou-goest I will go," ringing in her ears.

No activist herself, Austin is homesick, drowning in culture shock, and now, her husband has been accused of murdering a fellow draft resister, the black-sheep son of a U.S. Senator. Alone and ill-equipped to negotiate in a foreign country, she is befriended by Larissa Klimenko, the daughter of Austin's Russian history professor.

The Mounties aren't supposed to harass draft-age boys but the truth is very different, especially when political pressure is applied by both the victim's father and the Canadian prime minister's office. They may have a reputation for always getting their man, but Austin is convinced this time they have the wrong one.

Once courted by the CIA, and a lover of mystery and espionage novels, Austin launches her own investigation into the murder. When ominous letters warning her to stop her sleuthing turn into death threats, Austin must find the real killer or risk losing everything. Her love - and her life - are on the line.

This story is set at the 1960’s during the Vietnam War, at the time when Richard Nixon became president and the hippy, ‘peace and love’ scene was in full swing.

Newly married Austin Starr, and her husband David, have fled Texas. David is a draft resistor and they are living, with others who are like minded in Canada.

Settling down in a strange country, so different from her home is hard enough for Austin, however she is determined to be a good wife and supportive of her husband. Then, suddenly her life is turned upside down when she makes a discovery which leads to her husband being accused of murder.

Frustrated, she is determined to discover the truth, in what the police feel is an open and shut case. With a flair for investigating that even the CIA have noticed, Austin decides that she must uncover the truth herself about who murdered fellow draft resistor, Reginald a Senator’s son.

This is a heart-warming tale of one woman’s determination to clear her husband’s name. Passionately determined, the resolutely unflinching Austin delves into dark corners and discovers deeply buried secrets, which open cans of worms, and put her very life in danger.

This engaging story, narrated by Tatiana Gomberg,is a joy to listen to. I found it a brilliant mystery with plenty of twists and turns to keep you guessing, set in a very controversial period of modern history.

If you could sum up Desolation Row in three words, what would they be?

Austin Starr is an endearing character who finds herself in plenty of danger as she searches for evidence to clear her husband of murder charges.

I couldn't imagine anyone doing a better job than Tatiana Gomberg did in performing this story.

Moving to Canada with her draft-dodging husband is the biggest event in Austin Starr's life - until her husband lands in jail, accused of murder.

Would you consider the audio edition of Desolation Row to be better than the print version?

I read the book and now I've heard this audio version. They are perfect together. The final 3-4 chapters are breathtaking.

Austin Starr and her husband are in a bad spot and then it gets worse. You pull from them to get out of the jam they are in. They are so young! Early 20s.

What does Tatiana Gomberg bring to the story that you wouldn’t experience if you just read the book?

Tatiana Gomberg does accents like the pro she is, a member of Actors' Equity. She does Scots, US southern, Russian...and a CIA operative from New Jersey! Enjoy.

I took three whacks at it due to my personal time constraints.

Atmospheric and dead on about 1968 in Toronto. DESOLATION ROW is a gripping mystery-- took me back to a really tense time when I witnessed so many Americans flooding up to Canada. Many of us in Canadian universities were riled up over the war--and sex, drugs and rock and roll--even in usually sedate Manitoba. If you want to know how it was all like if you weren't alive back then as I was, then listen to this!...kind of like my reading a WWII book to see what it was like for my parents. Highly recommended.

Captures the feel of the Sixties!

Yes. I read somewhere that Ms. Kendall wanted to do for the Sixties what Alan Furst did for the European theater in those dicey years during Hitler's rise to power and rule - write atmospheric mystery/thrillers that captured the spirit of the age. Well, she's done that for the Sixties. The Sixties was a period of hope and new ideas, a heady mix of boldness and naiveté, and Ms. Kendall has captured that spirit.

The blend of "Sixties innocence threatened" had me wanting to hear more. An idealistic American couple heads north to avoid the draft. From across the border, they keep up their anti-war activities, then the very corruption they are fighting south of the border finds them in the north. Cleverly posed suspense.

What does Tatiana Gomberg bring to the story that you wouldn’t experience if you just read the book?

Ms. Gomberg's reading has a light lilting note of Sixties innocence I thought very appropriate. She faltered on occasion, so I took off a star, but I slowly came around to the idea that that occasional vulnerability fit nicely into the overall mood and themes of the author.

Hmmm. I don't listen to any book in one sitting. Can't sit still THAT long. But I went back to this audio recording every chance I got!

Wish there was a "chick fic" heading on some of the books I've bought. I knew I was in trouble in the first chapter. The heroine inched along a wall in the dark, hunting for a light switch, and fell over a body - as in actually falling and landing on the bloody body. How can you fall so heavily when you're inching along? Writing was mediocre, plot was unbelievable, the heroine clueless. Don't remember the narrator, so she must not have been bad. Actually, after two weeks, I barely remember the book at all.

This story is predictable and light, with a good dose of Canada bashing. Mostly, I cringed every time I had the earbuds in. Thanks to the bubbly reading, young women are all light-headed dingbats and foreign accents are indigestible.
I'm surprised at the high marks this book and narrator have received. I can only say this: make sure you listen to the sample reading before you buy.

No one. Took forever to develop the characters. Grew tired of trying and gave up listening so can't really rate the entire story. Even if the story was gripping, I would not be able to tolerate the narrator.

What could Kay Kendall have done to make this a more enjoyable book for you?

Shrill voice. None of her characterizations sounded like real people. Volume varied from loud and shrill to barely understandable.

Should have listened to an excerpt.