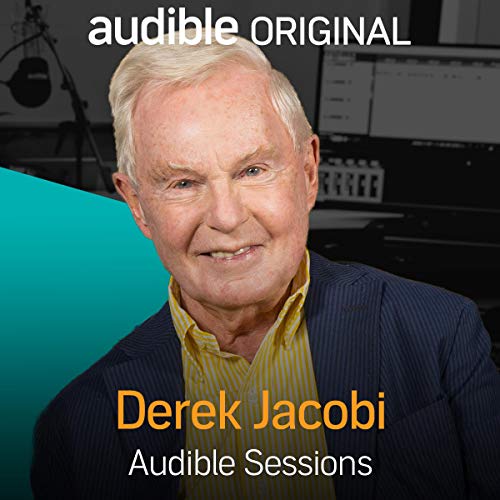 Joining us in the Audible Studios to talk about his narration of the classic Charles Dickens novel Martin Chuzzlewit is lauded British actor and stage director Derek Jacobi.

With a commanding stage presence, Jacobi has had a hugely successful stage and screen career, which includes his appearance in productions such as Hamlet and Oedipus the King. Twice awarded the Laurence Olivier Award, a Primetime Emmy Award and a Tony Award, Derek Jacobi now narrates the audio version of Charles Dickens’ Martin Chuzzlewit.

In this interview, Derek Jacobi talks to us about the work of Charles Dickens, his experience narrating Martin Chuzzlewit and his exceptional career across stage and screen.

What listeners say about Derek Jacobi

This is a nice little chat about Dickens and Jacobi, but I wouldn't say it was 'interesting' as such - turn on Radio 4 and you'll probably hear a more directed/engaging conversation.

If you're a Dickens/Jacobi fan, by all means, give it a listen; otherwise, it's free background listening & as long as you keep your sights set low, it will serve well enough for that purpose.

I can't hear sir Derek enough, what a voice, what a wonderful actor. sublime, wonderful

Derek Jacobi is one of, if not THE, best audiobook narrators I have listened to. This podcast is full of some excellent info on the great actor. Even though much time is spent on his project "Martin Chuzzlewit," there is more to this little podcast than just Dickens. The piece flew by. However, every moment was worth it. I definitely recommend.

this is a short interview with mr. Jacobi speaking about Martin Chuzzlewitt, Dickens, and acting.