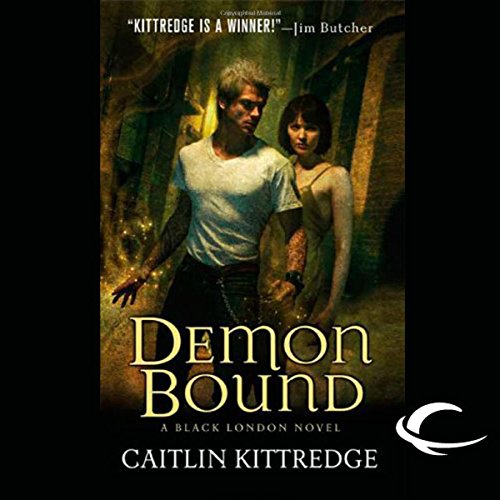 Thirteen years ago, Jack Winter lay dying in a graveyard. Jack called upon a demon and traded his soul for his life and now the demon is back to collect its due. But Jack has finally found something to live for. Her name is Pete Caldecott, and because of her, Jack's not going to Hell without a fight.

Pete doesn't know about Jack's bargain, but she does know that something bigger and far more dangerous than Jack's demon is growing in the Black. Old gods are stirring and spirits are rising - and Jack doesn't stand a chance of stopping them without Pete's help.

I liked the first book in which we were introduced to Pete and Jack. So I was really looking forward to reading the second book. I won't say it's a bad book but it was a bit of a disappointment. The relationship between Pete and Jack develops as we expected, however, Jack is still very pessimistic and stubborn which frustrated me to no end. The biggest problem I had with this book is that it felt like a “filler” between the next book and the first book. The field trip they took to the other side of the world was interesting and gave more background to Jack, but I didn't feel like it added much to the story's progress. Things finally started up at the last quarter of the book. I know there is going to be more “scary things” and “the big bad reveal” coming next, so I have this urge to buy the next book, but I think I'll buy the cheaper kindle version....
I