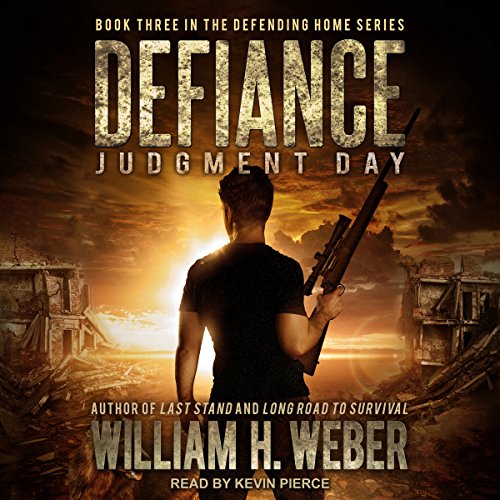 Imprisoned by the Cartel, Dale Hardy must battle to escape his captors and find a way home before everything and everyone he holds dear is lost forever.

For the Cartel, it turns out subduing the small town of Encendido was only the beginning. Ruthless crime boss Fernando Ortega has his sights set on reclaiming great swaths of the American Southwest, an empire he intends to rule with an iron fist.

But there's a secret hiding in the desert, a secret that could spell the difference between tyranny and freedom. As the country teeters on the brink, the stakes couldn't be higher.

Weber did a great job of keep the excitement and interest level even through out each novel. I hate to see great characters lost along the way but, wow. amazing story. Kevin Pierce delivered as usual.

Another great book . Kept me on edge unroll the very end . Buy this book .