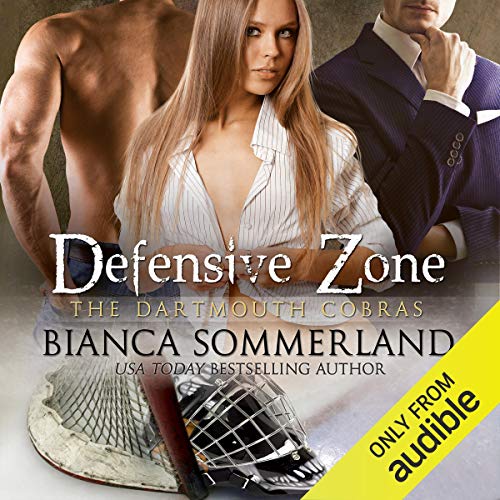 Silver Delgado has gained control of the Dartmouth Cobras - and lost control of her life. Hockey might be the family business, but it's never interested Silver. Until her father's health decline thrusts responsibility for the team he owns straight into her hands. Now she has to find a way to get the team more fans and establish herself as the new owner. Which means standing up to Dean Richter, the general manager and the advisor her father has forced on her. The fact that their "business relationship" started with her over his lap at his BDSM club shouldn't be too much of a problem. Their hot one-night stand meant nothing! But how can she earn his respect when he sees her as submissive? Can they separate work and the lifestyle she's curious to explore?

Balancing her new life away from Hollywood, living among people who see her as the selfish Delgado princess, has her feeling lost and alone until Landon Bower, the Cobras' new goalie, slips into her life and becomes her best - and only - friend. The time they spend together makes everything else bearable, but before long his eyes meet hers with more than friendship, reflecting what she feels. Which could ruin everything. Two dominant men who see past her pretty mask and the shallow image she portrayed to the flashing cameras. A gentle attack from both sides that she can't hope to block unless she learns how to play. But she's getting the hang of the game.

What made the experience of listening to Defensive Zone the most enjoyable?

Silver just because she's no walk over

Have you listened to any of Jim Frangione’s other performances? How does this one compare?

yes the first book & no comparison

couldn't get on board

the story didn't slowly introduce characters it felt too rushed at first and overwhelming and I was turned off. I didn't even finish it

Meh...only made it through halfway

I've had about all the Silver Delgado I can stomach. Not for me at all!

Read it once a few years ago so thought I would buy the audible. Just as good as the first time. The only thing I wish is for 2 readers, 1 for the men and one for the women. -Dink

Sexy, interesting story line. The narrative performance great. I can listen to Jim all day!