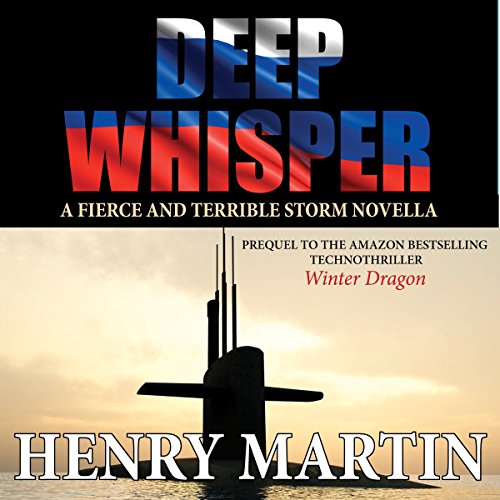 Mark Castillo, captain of the submarine USS Pasadena, is tracking a brand new Russian missile submarine when sudden disaster tears him away from his quarry. Pasadena's sonar watch has just detected a massive casualty aboard a Russian Victor-class fast attack - and the enemy boat is going down. Castillo races to the scene to help rescue the trapped sailors. He speaks with the desperate commander of the lost submarine - and is haunted by the Russian boat's Deep Whisper.

Castillo will do just about anything to pull those sailors off the bottom, but the Russian government refuses his help - leaving him with a terrible dilemma.

Will he risk everything to help - or will he let his fellow submariners die?

About the author: Henry Martin is the best-selling author of the technothrillers Winter Dragon and Paper Eagle. Under the name Steven Mohan, Jr., he has published scores of short stories in markets as diverse as Interzone, Polyphony, and Paradox, as well as several DAW original anthologies. His short fiction has won honorable mention in The Year's Best Science Fiction and The Year's Best Fantasy and Horror and has been nominated for the Pushcart Prize.