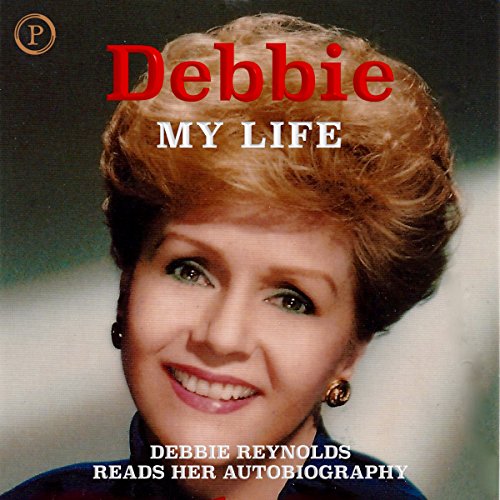 Ever since Debbie Reynolds won a Miss Burbank beauty contest and a Warner Brothers screen test, her fans have identified with her and called her "the kid" - the kid sister, the kid with personality, the kid with guts. Throughout her career she has embodied fresh-faced American grace and gumption in such classic films as Singing' in the Rain, How the West was Won, Tammy and the Bachelor, and The Unsinkable Molly Brown.

In this frank and witty autobiography, Debbie Reynolds shares her vivid memories of her public and private life: her widely publicized and turbulent marriages to Eddie Fisher and businessman Harry Karl; her experiences with other stars like Frank Sinatra, Gene Kelly, Bette Davis, Shelley Winters, Glenn Ford, Robert Wagner, Fred Astaire; her hard-won and enduring relationship with her son, Todd Fisher, and daughter, actress Carrie Fisher; and the fabulous success of her later career in nightclubs, television, and theater. This recording is a unique documentary - the story of Golden Age of Hollywood from the perspective of a survivor, an act of courage from a woman whose screen performances have touched us all.

What listeners say about Debbie: My Life

The parts were good but jumped all over the place.

None stand out as they noticeably cut from one period to another.

If you could play editor, what scene or scenes would you have cut from Debbie: My Life?

Look forward to the unabridged version,

A very disappointing product as there are huge gaps in the narrative and we miss out on so many important milestones in Debbies life. It’s like an audio “Cliffs-notes”. Thankfully, we have an unabridged Debbie in her second memoir, UNSINKABLE. The woman - and her legacy- deserve much more than this truncated version. Hopefully, one day, the unabridged version of MY LIFE will be available.

Wish it had been unabridged!

Had some audible interference for a short segment of the recording. I've read this book entirely and got it just to hear Debbie Reynolds tell some of her story. I love her and she did not disappoint, me. Just wish it had been a full reading.

You got to love Debbie!

Would you listen to Debbie: My Life again? Why?

What was one of the most memorable moments of Debbie: My Life?

Her to be second husband gives here a diamond pin in the shape of a swanjust because they are going to the ballet....but, of course, later steals all her money.t.

What does Debbie Reynolds bring to the story that you wouldn’t experience if you just read the book?

Debbie is sitting there telling you this story.

Elizabeth did Debbie a favor.

Just a really good read. I read a lot of political non-fiction and needed the change.This book is just good for your soul.

To much cut out

This book has so much cut out from its written format I hated it. Read the book not the audible one.

This abridged autobiography covers Debbie’s early years through her marriage to Richard Hamlet in the 80s. Debbie is vivacious and witty, funny and bright. My only issue is that there are a lot of audio glitches throughout that I presume came from digitizing the original tapes this was recorded on. At one point, they really detracted from the overall story. Otherwise, a lovely abbreviated tale of the vivid life of a star from Hollywood’s Golden Age.

No ending but enjoyable ninetheless

such an amazing lady., but I wished it had some sort of ending to it.

The story was told by Debbie, herself. It was as if she was sitting here chatting away telling her life's story in a very personal way. Her description of happenings gives the listener the opportunity to use your imagination and can picture it all!! Such a talented lady that had quite a sad life when it came to love.

You will become entangled in these events, which are unbelievable..yet true. It couldn't have happened to a nicer person.