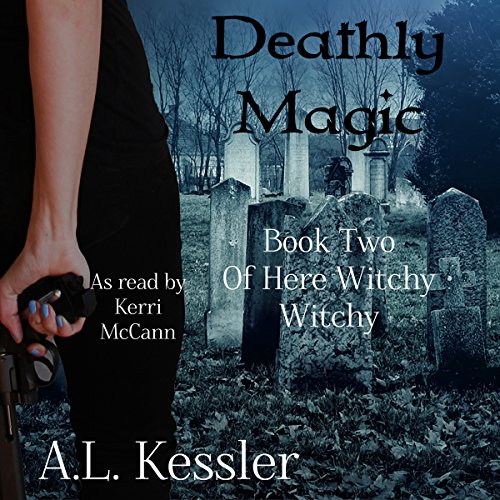 When Abigail Collins heard Nick's theory on their current case, she knew he had to be crazy, but when a zombie shows up in her apartment she has no choice but to believe him. A renegade necromancer bent on manipulating witches and murdering innocent people runs amok in town and Abby and Nick have to stop them before more bodies pile up. Further complicating matters, two PIB agents step onto the scene, claiming a link between their case and Abby's. To top it all off, blood-starved vampires are causing chaos in the city. It's just another day for PIB Agent Abigail Collins, full of blood, monsters, and explosions.

What listeners say about Deathly Magic

Would you listen to Deathly Magic again? Why?

YEP. I can't get over how amazing it is to have these in audio format. A) there's so many twists and turns (with the series in general) that it's much easier to have the option to go back and listen. B) Other classified reasons

What other book might you compare Deathly Magic to and why?