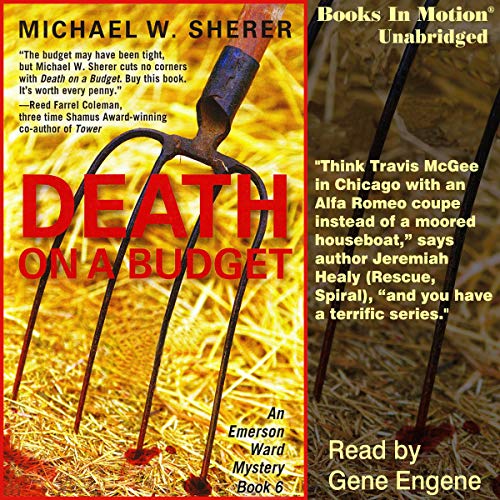 Death on a Budget

By: Michael W. Sherer
Narrated by: Gene Engene
Try for £0.00

After the apparent shotgun suicide of Emerson Ward's childhood friend, Lou Barrett, the Chicago freelance sleuth heads back home to Huntley, Ill., for the funeral. Meanwhile, Emerson's girlfriend, Nell Reilly, threatens to leave for Seattle with their two-year-old daughter, Emily, to visit her cancer-stricken mother.

Emerson was planning to drive back to Chicago the afternoon of the funeral, but decides to stick around after Lou's sister, Meg Brodsky, asks him to investigate Lou's death. Danger erupts after Emerson asks too many questions about Lou's business partner, Pete Anderson, and about a shady mall development that has left many investors in hot water. Emerson becomes increasingly alarmed as clues from the past dovetail with those from the present - leading to a surprising resolution.

What listeners say about Death on a Budget

couldnt get past the first couple of chapters

What disappointed you about Death on a Budget?

Found it too difficult to listen to due to the narration

Has Death on a Budget put you off other books in this genre?

I have no idea what the story was about

If you could play editor, what scene or scenes would you have cut from Death on a Budget?