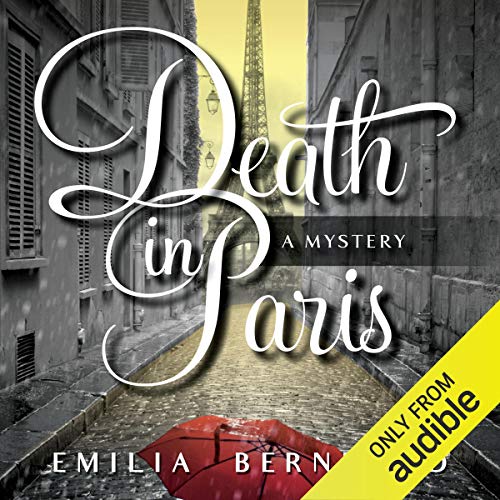 The only thing chillier than a Parisian winter is cold-blooded murder.

When French financier Edgar Bowen drowns in a bowl of soup, his former girlfriend, American Rachel Levis, is alarmed by the unnatural death. Who dies eating a nice vichyssoise? But when she overhears a mourner at his funeral describing the circumstances of his death, something sounds even stranger: a bottle of rose was on the dining table when he died. The only problem: Edgar loathed rose. If he wasn't drinking it, who was?

After the police rule the death accidental, Rachel knows it's up to her and her best friend, Magda, to investigate. As the two Americans immerse themselves in Edgar's upper-class world, the list of suspects grows: could it have been his son, who inherited his money and lavish apartment? His icy ex-wife? His greedy new girlfriend? His impoverished personal assistant?

But when the suspects start dropping like flies, Rachel and Magda realise the murderer is tying up loose ends. It'll be up to two amateur sleuths to solve their first case before the murderer decides they're next....

What listeners say about Death in Paris

Not bad, drags a bit, the characters often annoy

I can see the premise was for girls about town amateur sleuthing. There was just something missing, perhaps a romance element. A nice try though but I had to grit my teeth every time the narrator said 'rose' that's rhos-ay!