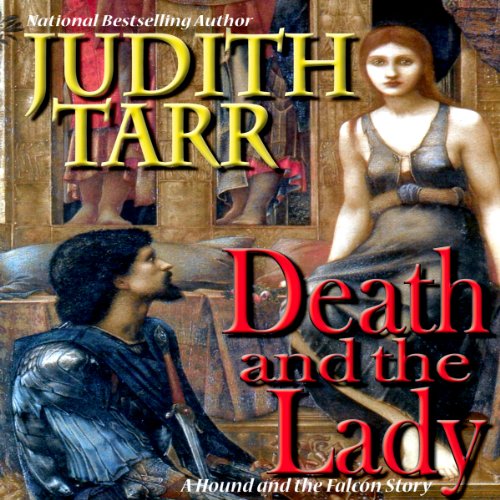 Death and the Lady

In a time during the Black Death, when the New World of Europe is still caught in the clutches of the Old World, the women of Sency have managed to survive without the menfolk, who have either died from the plague or gone off to fight for their lord. Despite being surrounded by an ancient forest, the women keep their backs turned away from this remnant of the enchanted Old World until a stranger arrives. With her elegant cadence, narrator Katina Kalin unspools the story of the mysterious, beautiful - and heavily pregnant - noblewoman who appears in Sency, and her performance weaves a veil of enchantment over the danger and magic that follow.

A story set in the world of The Hound and the Falcon: In the midst of the Black Death, in a nation constantly at war, the women of Sency have found ways to survive and even to thrive. They live well enough in their men’s absence, with their faces to the world and their backs to the ancient and perilous Wood. Then one day a traveler appears, a beautiful and mysterious lady who brings with her both danger and enchantment.

What listeners say about Death and the Lady