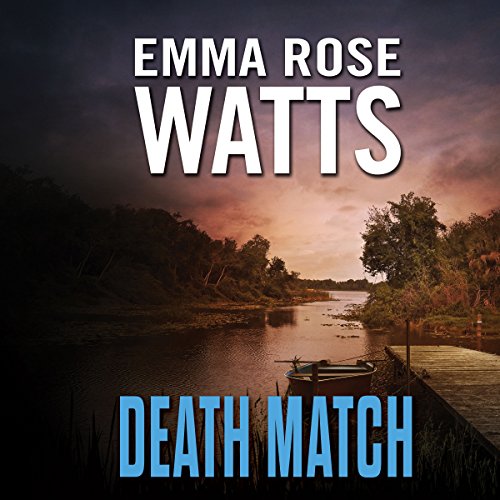 Carrabelle is full of secrets, and some refuse to die.

After a beautiful woman with ties to a local matchmaking service falls to her death on Valentine's Day, Franklin County demands answers. So when Captain Joe Davenport assigns the investigation to Detective Skylar Reid and Harvey Baker, it’s only a matter of time before trouble ensues.

And when Harvey discovers the unscrupulous Callum Jackson may be behind it, nothing will stop him until he proves it, even if his witch hunt could cost him his marriage, his sanity, and his badge.

As for Skylar? She’s just along for the ride; or maybe she’s the one in the drivers seat?

Let's see what Willy Wonka has behind these doors.

A disgruntled police officer out to get a business man he believes was responsible for his sister's death.
An Elite match making business.
Two young women dead, both from the same model agency and a third showing similar whip marks on her back.
A fiesty, somewhat maverick officer new to small town policing with little regard to following orders

An OK small town murder mystery which simply didn't ring true, mostly because of the attitudes of the two main protagonists, both of whom seem determined to bring about a result they want rather than following procedures. This reader found both of them unsympathetic, which definitely affected judgement of the book. Occasional attempts at humour fell flat, as much by bad timing of the narrator as well as the writing itself.
Having said that, Sandra Murphy's narration was clear, well moderated and her character voices were individually articulated, breathing life into the protagonists. Unfortunately, the interactive dialogue was shallow and frequently not really believable. Plus how can two already hard drinking protagonists get laid low with massive hangovers after just three cans of beer and half a bottle of wine? Still, it is an interesting cozy romp to fill a dull afternoon.

My thanks to the rights holder who, at my request, freely gifted me with a complimentary copy of Death Match, via Audiobook Boom. Although the second in the Coastal Suspense Series, it works well as a standalone with just occasional references to things that have gone before. Worth a read if Cosies are your preferred genre.

Small town and murder, of a matchmaker. Full of mischief and mayhem along with trying to figure out who and why. Given audio which was good for my voluntary review and my honest opinion

I Had Mixed Feelings About This One

I liked the premise of this story as a mystery/thriller but I felt distracted and had a hard time with it holding my attention. The characters didn't feel strong or well-rounded and it felt like the reader Sandra Murphy had to try too hard for each character giving them all different tones. The story felt uncultivated. It was hard to follow.

I think Sandra Murphy has a great voice but this story was hard with the different voices.

Another enjoyable story from Emma Rose Watts. I enjoyed the banter between the main characters. This is a well written story with nicely developed characters. The narration by Sandra Murphy was better with this book. The character voices were more distinct. She did a better job infusing the voices with the needed emotions. Overall, a really enjoyable listen and I am looking forward to the next book in this series.

I'm new to this series, this is the first audiobook in the series I've listened to. I am, however, familiar with the narrator, Sandra Murphy, and LOVE her work! :)

It's a fast-paced, suspenseful thriller about small-town murder. Skylar Reid is a bit of a hardass/badass, love it! But, sometimes, things can be taken too far, and bad things happen. Who will come out alive?!? I really enjoyed the pace, of the book, and thought it was well-written and well-narrated. Would love to listen to more in the series :)

I was given this free review copy audiobook at my request and have voluntarily left this review.
Please take a moment to click the "YES" button below if you found this review helpful :) Thank you!

Death Match The Coastal Suspense Series, Volume 2. Very readable light detective story, Characters developing well in this the second book. Good entertainment.
Narration flows with the tale, all in all a perfect fit for the book.
Looking forward to more from this author.
I was given a free copy of this audiobook at my own request, and voluntarily leave this review.