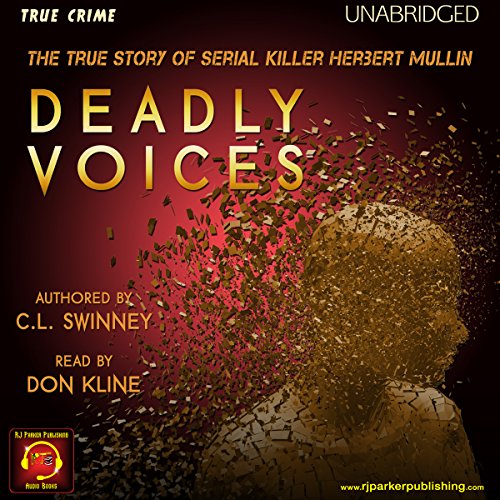 Serial killer Herbert Mullin terrorized the Santa Cruz, California, area at the same time the infamous Co-Ed Killer, Edmund Kemper, was active. Unlike Kemper, Mullin killed anyone. Young, old, men, women, children, and even a priest in a confession booth. He didn't adhere to a particular MO. The deadly voices told him to kill...and he killed.

What listeners say about Deadly Voices

I did enjoy this book, it was not only factual but presented in an interesting way.

intresting run down of herbert Mullin. it did get a bit dry in parts but nothing to terrible. the narrator was decent if not a little bland.
overall good book.

Interesting story, but could have been better written. The writing was choppy and when narrated it sounded like a high school student reading a report to the class. The author also starts talking about himself in a couple places and it’s disorienting because it’s a sudden shift in writing style.

The narration is terrible. It reminded me of a novice reader and got in the way of an okay story. The writing was also reminiscent of a novice.