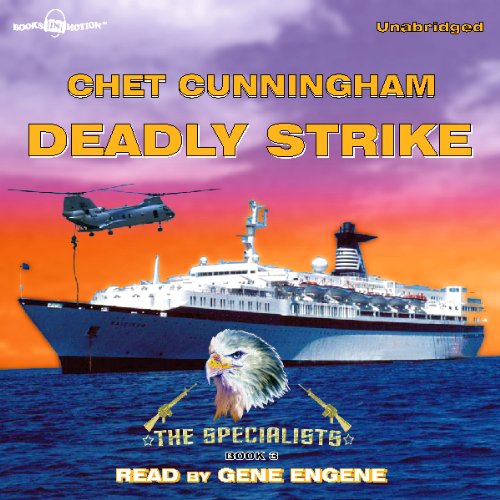 They show no mercy and take no prisoners wherever trouble strikes, they hit first, hard, and last. They are the best of the best, the deadliest of the deadliest, an elite fighting force drawn from the ranks of the FBI, the CIA, Navy SEALs, Britain's MI-6, and Israel's Mossad. Talented, dangerous, fearless, they were recruited, trained, and shaped into a lethal strike team by a billionaire patriot with a burning desire for justice.

When vacationers aboard the cruise liner Royal Princess are being thrown overboard two at a time, a lightning-quick response is needed. And the Specialists respond with violent force, uncovering a shadowy terrorist group, the Sword of Allah.

With the ship rescued and the lead terrorist left for dead, the Specialists begin to track another plot that takes them on a wild ride from the darkest alleys of the Ukrainian underworld to the continental United States, and what begins to unfold is a plan for one of the most feared terrorist attacks possible. Anthrax, small pox, black plague, and the Marburg virus are all deadly possibilities...and time is running out. Always one step behind, the Specialists need a break - before millions suffer the most savage terrorist attack in modern history.

Take another thrill ride with The Specialists.
© Chet Cunningham; (P) Books in Motion