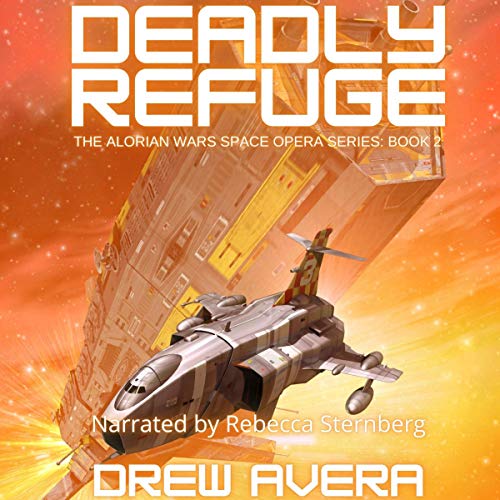 A stolen ship, a mission on the line, enemies at every turn...

After four months in hiding, Brendle Quin can't delay his mission any longer. His ship, the Replicade, is held together with failing patches, and he needs to make repairs in a port. Unfortunately, the nearest world with proper facilities is situated deep in Greshian-owned enemy territory.

The Greshian colony of Farax is a safe hold for piracy in the region, and none is more vile than Crase Tuin, a man known for trafficking people and weapons across the Alorian Galaxy. He has a reputation as the only pirate never to lose a ship - with the exception of the Replicade.

When Crase finds the Replicade, he vows to claim the lives of those who stole her. But Brendle won't go down without a fight.

Deadly Refuge is the second book in The Alorian Wars military space opera series for fans of The Expanse, Star Trek, and Old Man's War.

What listeners say about Deadly Refuge