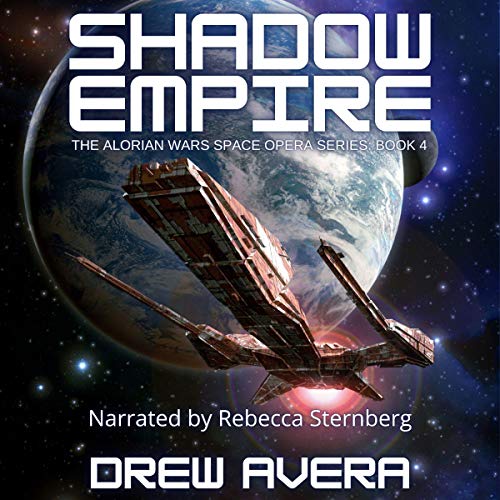 In the shadows of the empire a new threat lurks.

After escaping from the clutches of a sinister organization known as CERCO, the crew of the Replicade mourn the loss of their young friend, Carista. But their experiences affect them differently and the crew soon discovers a frightening health concern for Anki after she experiences a seizure which places her in a comatose state. Fighting to stay out of sight from the Greshian Empire, they seek assistance on a world harboring resentment for Greshians, no matter their affiliation with the Empire. Will that resentment further endanger Anki’s life, or will leniency allow the crew to seek lifesaving help?

On board the King Slayer, Commander Ilium Gyl is thrust into a command position as an attack leaves the crew without a leader. A pending investigation aims to point the one responsible for the attack is the ship’s new commanding officer, but could it be a ruse for an “old friend” to seek revenge against Ilium?

For fans of Star Wars, The Expanse, and Dark Matter, The Alorian Wars is a fast-paced space opera adventure.

What listeners say about Shadow Empire