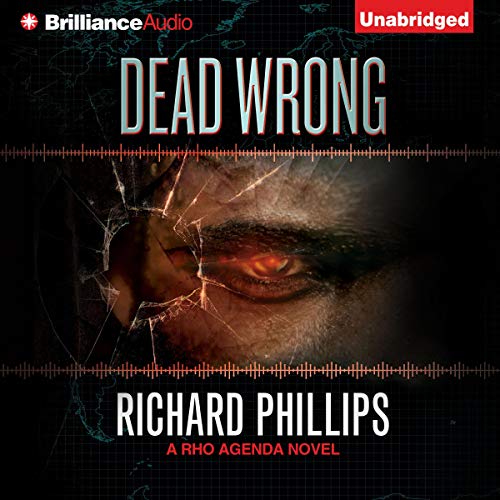 Ex-CIA assassin Jack Gregory has been hired for a singular mission: to journey to South America and rescue an imprisoned shaman. Beloved by the struggling masses and feared by the ruling elite, shaman Tupac Inti is destined to unite Bolivia's indigenous people and bring down the corrupt government. But Jack isn't the only one trying to track down the shaman. For only Tupac knows the location of the immeasurably powerful Sun Staff, and both the National Security Agency and neo-Nazis are hot on his trail...and neither group plans to let him live.

The clock is ticking, and Jack must find and rescue Tupac before more sinister forces get to the shaman first. When Jack comes face-to-face with his equal - a stunningly beautiful NSA agent - he wonders if he can still pull the trigger and save his mission...even if the decision costs him his very soul.

What listeners say about Dead Wrong

Another must and another addictive read

Audible version. Performance excellent. Another 'page turner'. Read this series after the first trilogy. I started the latest trilogy as it was a direct progression of the first but I'm glad I stopped half way into the first book and picked this and the first of these books up. It actually makes a more linear read.

loved the booked, the narrator brought this to life and a good story line A+

Better than the first one

This is a really slick spy novel with some slight sci-fi overtones. The novel is finally starting to become more sci-fi oriented, which is good in my opinion. It still is 90% a spy novel but the main thrust of the novel is about alien technology. It also advances the main chacters issues with the mind worm slighty, but way too slowly for my taste.

This is a fun action packed book and Macleod Andrews does an awsome job with the reading. This one is not really sci-fi (but it is getting their) but still a solid spy novel which is worth a listen. I look forward to seeing where the author goes with this series.

Jack and his demon are at it again

Would you listen to Dead Wrong again? Why?

I enjoyed the first book in the series and the second was also very entertaining
and yes, after a long while I could listen to it again

What other book might you compare Dead Wrong to and why?

I haven't read this story line on many books so I just don't have one to compare it too.

What does MacLeod Andrews bring to the story that you wouldn’t experience if you just read the book?

Mr Andrews did a great job on bringing the characters to life, and I look forward to listing to many more of his works

Near the end in the cave, it was high stress, very emotional and it keep me listening till the end of the book

The second one in this series and it was just as good as the first, look forward to the next one SO PLEASE write another one Mr Phillips

Continuing this series is fun and entertaining. The performance was excellent and I look forward to the next book

Not add great as the original series, but these prequels do answer some of the questions I had.

These books are wonderfully dependable!

This series has been a real treat - one can only hope for more in the series - plus MacLeod Andrews is just wonderful as the narrator. I just love finding a series where you just want to get every book.

Absolutely great series --- wish there was more. A rogue highly trained skilled 'assassin' fighting the good fight off the grid. I highly recommend if you like Mitch Rapp, Gray Man, etc. good narration as well.

This was just as exciting as Once Dead. I mean, Jack killed so many bad guys and then when Janet joined him they just went nuts with the killing. Not that they didn’t deserve dying. They were all neo-Nazis, looking to take over the world, again.

And Anchanchu the mind worm is still inside Jack’s brain, trying to take over and make Jack a mindless killer. Wow, and Jack got so close to getting rid of Anchanchu. BUT it was a choice of getting rid of him or Jack and Janet dying in an explosion.

This story was about something called the Incan Sun Staff that needed to be inserted back into its alter and it would bring forth the old Gods that were said to have come from a different world. And if it hadn’t been for the Shaman Tupac it might have worked. The battle inside and outside where the alter was housed was so exciting; all the killing and Jack losing his ability to focus because of memories of dreams and Anchanchu trying to convince Jack to destroy the Sun Staff so it wouldn’t split their connection, and Janet thinking was suddenly suicidal.

The bad guys, Conrad Altmann and Dolf were really, really bad. And then there was the shocker concerning his daughter that blew me away. That was a serious twist.

The good guys, Admiral Riles and Levi were awesome.

There was a little swearing, not enough if you ask me. No sex.

As to the narration: MacLeod Andrews was just wonderful. Not only his voices and emotions but in the really long and confusing names of streets and roads and towns in other countries that you just knew were pronounced perfectly and not stumbled over. Awesome narration

Story was hard to keep focused on.

Story was hard to stay focused on. It felt like filler. I read the second ship series before this one and that one was much better.

Richard Phillips is a genius

I stumbled onto Richard Phillips "Second Ship" and the rest of the original three in late 2013. Then the rest of the series about a month ago. My only issue is that there aren't more to listen to. I will wait patiently. Richard obviously has technical knowlege and familiarity with the "ancient alien" subject that literally GLUED me to these stories, finishing each of them within 3 days.

another great book in the series. If you like any of the previous books then you will enjoy this one.