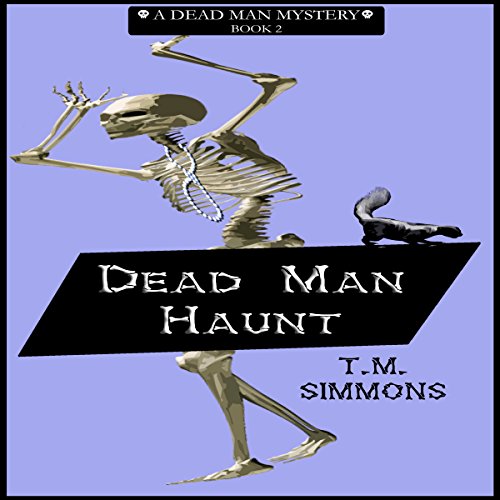 The small town of Mineral Springs, Texas, will never be the same after Alice Carpenter and her cohorts in the paranormal and murder investigations depart. Patrick, a gorgeous naked ghost, gains her agreement to help him on his quest to pass through The Light then leads Alice into a crumbling historical hotel. There she discovers a new murder - a woman severed in half at the bottom of an elevator shaft.

Joined by her Rottweiler, Trucker; her Siamese, Miss Molly; her mentor and teacher, Aunt Twila; her next-door neighbor, Granny Chisholm; and even her ex-husband, Detective Jack Robecheau, Alice attempts to solve these two murders. Will she be able to keep her promise to Patrick while she's under suspicion for murder and when confronted by Patrick's archenemy, the ghost Antonio? Alice also must deal with the betrayal of a good friend, a band of guerilla survivalists, and the ghost of the dead woman, who insists that her murderer be brought to justice.

Nothing striking, but decent enough.

The story is nothing striking, it is what it appears to be. I think this one is slightly better written than the first book in the series. There are moments when you get parts of the story that have no relevance to the plot, especially the time taken up with the description of meeting a skunk and her family. It was an amusing interlude, so I didn't mind that too much, but it didn't really add much relevance to the plot of the story. It did tie in slightly, but not completely.

The big problem I had was with the overall performance. I don't know if it was because I started to listen to this book straight after I had heard a superb narrator or what, but the narrator did seem to have trouble separating out the characters at times. And there was one major mispronunciation of a word. That aside, she gave credence to the emotions of the piece, and so it wasn't all bad. I've certainly heard a lot worse.

This has been my biggest complaint with Audible. I love being able to download so many audio books because I have health issues that don't allow me to hold books like I could. So to have the experience ruined by bad sound on not just this book, but others I have downloaded as well grates rather.

If Audible get that sorted out I have no doubt they would sell much more, and overall this problem does seem better, but it's still not perfect.

I have to admit I found my attention drifting on this one. Plot was OK but got a little convoluted.

A Hotel with Multiple Ghosts and a Murder

Alice Carpenter is terrified but her aunt Twila helps her step up to solve the murder in a haunted hotel. Alice is saved by her Rottweiler Trucker, the ghost and her cop ex-husband. love stories, revenge and just evil all have a place in this tale.

The narrator is all wrong for this book. I wish I had just read the book.