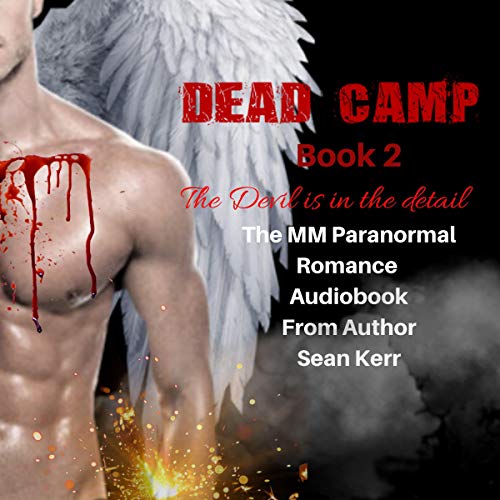 By: Sean Kerr
Narrated by: Stephen Van Doren
Try for £0.00

The world is at war, a war determined to involve Eli, whether he likes it or not. Hitler, his dark army of feral vampires, and even the Devil himself, all conspire against Eli, leaving him no choice but to fight back, risking Malachi’s soul in the process.

Eli is determined to find Ethan’s father, no matter the cost to himself or Malachi, and in a place filled with death and unending cruelty, Eli realizes that some truths should remain buried, and some truths are just too terrible to bear. When the old enemy, demons from Eli’s dark past, find him once more, they reveal a secret so impossible, so terrible, that it pushes Eli to the very edge of his endurance.

They took his boyfriend from him once, and the secrets that they reveal about the man he once loved threaten to strip Eli of everything that he holds dear, pushing him to the edge of his sanity. Eli thought that he had nothing left to lose, but at Welwelsburg Concentration Camp, he realizes that he was very wrong.

What listeners say about Dead Camp 2

A well written story with and interesting concept. The characters are likeable and the narration is very good.

The performance from the narrator is also very important for me. I can't listen to a lot, because my English as a non-native-speaker isn't so perfect to follow a whole story over hours, when the narrator speaks too fast or too sloppy. Normally I have to SEE the person, who is talking to me in English. Stephen van Doren is one of the top 5 narrators (so far) for me, I can listen without break and have no problems to follow.
I'm just not yet finish with the book, just over the half, but I listen enough to give a review.

Would I listen to it again: probably
Did the story keep me engaged: mostly
Was I invested in the characters: yes
Do the books in this series need to be listened to in order? in my opinion - yes

Story comment: At the time of this review (06/2020) I've listened to the four audio books available in this series back-to-back and hope the fifth is available soon.

This series is a very complex story interwoven with different points in time and history, characters and events. I wouldn't call it an "easy listen", but it is certainly compelling and I enjoyed it.

Book 2 has Eli embracing his vampire power and showing his true capabilities. I found Book 2 a more complicated listen than book 1, often if I was distracted, I found myself lost and having to go back.

Narrator comment: I enjoyed Stephen Van Doren's narration and think he has done a good job narrating this series. I had no problem distinguishing characters or feeling the tension, action, horror, humor, love ... you name it, the emotions are all in there somewhere ... of the story.

Narrator Stephen Van Doren has done an excellent job by delivering a black twisted work of art and
mindfuck galore! He was able to take me along on a brutal yet extremely funny rollercoaster ride, I never wanted to stop.
This one needs lots of concentration. It has so many intrinsic facets with twists and turns. Wordplay and double entendre.

I was a dual biology/history major and I suspect that's the reason why I appreciated the historical references to the nazis, the twists of history and christianity intertwined with paranormal romance left me baffled and looking forward to more. This author has such an evil imagination, the personalities he builts and the humor he gives to them, is so sickly funny. When it was all done it felt like an apparition, a dream or a nightmare, but with a promise that it is not done yet.

I absolutely recommend this audiobook, but you have to listen to it in the order the author intended.